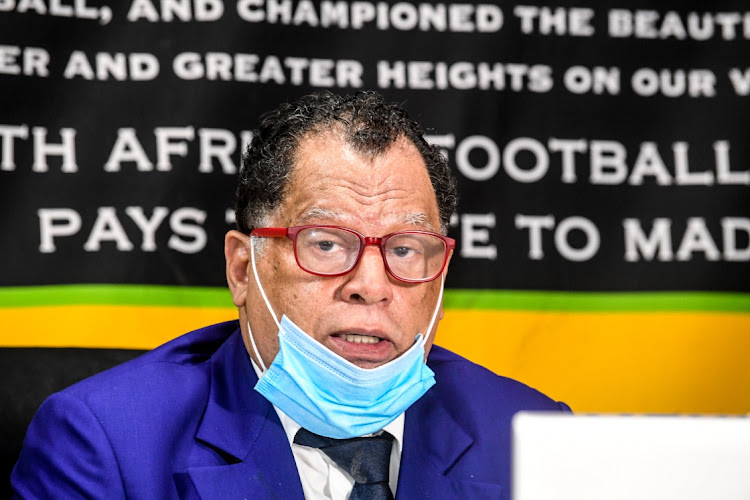 SA Football Association (Safa) president Danny Jordaan says Mamelodi Sundowns owner Patrice Motsepe may have to step down from his club ownership position should he be elected as the Confederation of African Football (Caf) president in the 2021 election.

Jordaan said Caf’s constitution does not have a provision on the matter‚ but Safa is clear on the conflict of interest that arises when a club owner is also an association president.

Motsepe was endorsed as Safa’s Caf presidential candidate and his nomination has been submitted to the continental body before the November 12 deadline.

“In the Safa constitution‚ section 36.7‚ no club owner can be a Safa president for obvious conflict of interest reasons. Caf doesn’t have that provision‚ but from a governance and not constitutional point of view,” Jordaan said.

“You have to step down from a governance standpoint because you can’t sit there and talk of all African federations and club competitions when you have an interest. I think he understands.

“Gianni Infantino [Fifa president] wasn’t an association president‚ nor was Sepp Blatter‚ nor was Issa Hayatou and Joao Havelange. It’s not a requirement that you be a national association president in order to be a continental and global president. We also don’t want any compromise or breach on ethics on governance in football.”

Motsepe will be running against incumbent president Ahmad Ahmad‚ who is from Madagascar. Jordaan is a Caf vice-president while Amaju Pinnick from Nigeria‚ along with Botswana and Sierra Leone have also endorsed Motsepe as president.

Jordaan‚ who said he will be travelling to Morocco on November 17‚ said he has made Ahmad aware that Motsepe was Safa’s preferred candidate.

“Ahmad Ahmad is a candidate and what will happen in the future is not known. We have clearly spelt out as to why we believe Patrice must be a candidate in this election. I tried to call Ahmad last night [Sunday] because I thought it was fair and I’m serving as his vice-president. It’s fair that I must inform him before I come to a press conference‚” Jordaan said.

“I had to text him saying that we’ve nominated Patrice as president and that was Safa’s decision. He said noted‚ so he is aware that we’re fielding a candidate.”

Jordaan also said they are not after on pronouncements from the Confederation of Southern African Football Association (Cosafa) president Philip Chiyangwa that Safa and the regional body will endorse Ahmad’s presidency.

“Our position as Safa is one that we’ve discussed over a long time. Safa did not endorse anyone other than Patrice Motsepe and the decision published in the newspaper is not a Cosafa decision.

“We are Cosafa members. Where was that meeting held? I did speak to the Cosafa president where I said he can’t make announcements when you didn’t call your members for a meeting‚” Jordaan said.

There is the issue of frosty SA-Morocco relations‚ but sports minister Nathi Mthethwa said the relations between the countries are cordial.

“We have good working relations with almost all the countries on the continent.

“Our differences with Morocco have never been personal. We continue to engage them‚ even on this matter. The Safa president [Jordaan] has engaged his counterpart there. Nobody won’t be engaged‚ including those that have candidates‚” Mthethwa said.

Maradona recovering well from surgery and will stay in Argentina, lawyer says

Maradona recovering well from surgery and will stay in Argentina, lawyer says