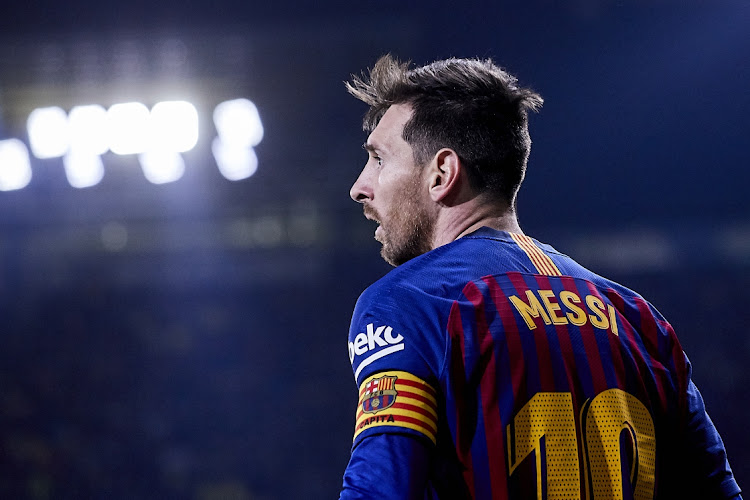 Barcelona — La Liga on Sunday released a statement saying Lionel Messi’s Barcelona contract was still valid, days after his shock announcement that he wants to leave the club and hours after he failed to attend a preseason medical on Sunday.

The ruling body said the only way for the Argentina forward to be released from the contract was to trigger a €700m release clause.

“In compliance with the applicable rule, La Liga will not approve a request to be deregistered as a player with the Spanish football federation, unless the amount in the release clause has been paid,” La Liga said in a statement.

Messi did not attend a medical with Barcelona on Sunday, a Barca club source confirmed. Reuters footage showed players arriving for coronavirus tests on Sunday morning and Messi did not appear.

He had been due at Barcelona’s training ground at 10.15am local time. The 33-year-old six-times world player of the year informed his lifelong club on Tuesday he wished to leave immediately, plunging Barca into new turmoil less than two weeks after their humiliating 8-2 Champions League quarterfinal defeat by Bayern Munich.

Messi’s lawyers plan to invoke a clause in his four-year contract, signed in 2017, which would have allowed the forward to leave the club for free if he had requested it by June 10.

They will argue that that date — nominally the end of the season — is now irrelevant after the coronavirus delays that led to the season’s extension and the team playing deep into August.

Are reports that the star has informed the club he is leaving a ploy to make changes?
Sport
7 months ago

The Argentine, who wants to leave Barcelona, would be at home with Pep Guardiola again, says the Brazilian
Sport
7 months ago