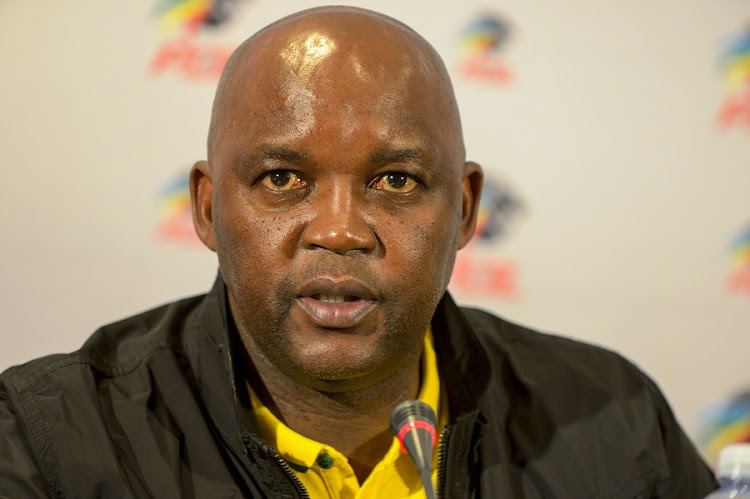 Leaders Chiefs and second-placed Sundowns are in a two-horse race for the league title and go into this week’s eagerly anticipated clash with just three points separating them.

Both teams have gone through inconsistent runs of results since football resumed in the bio-bubble, with Amakhosi managing only one win‚ two draws and two losses.

For Sundowns and Mosimane‚ football in the bubble has also not been too kind as they have managed three draws‚ one win and one loss in their five matches.

“I don’t think Thursday is a title decider‚” said Mosimane after Sundowns’ hard-fought 1-0 win over Golden Arrows on Monday.

“Sometimes the title can be won on the last match of the season. I have always told you guys that sometimes you value a point from a draw.

Mosimane‚ who has won four league titles with Sundowns‚ said it is time to buckle up because there is going to be turbulence in the remaining four matches.

“You have to buckle up‚ we are all feeling the pressure and the stress. It is difficult and you saw in the last 10 minutes against Arrows‚ their defence was intact‚” he said.

“They make you fight hard to try to get the ball through them. We have been playing against reinforced defences for the last seven to eight years because everybody is against the ball when it comes to Sundowns. It’s football in the bubble and it’s survival of the fittest. The fat lady hasn’t sung and we are still going.”

Looking back at the crucial win over Arrows‚ Mosimane hopes his players have at last found their rhythm.

“There was good mentality from the substitutes that came on, like Sibusiso Vilakazi‚ Themba Zwane and Lebohang Maboe. I am so happy because I told Zwane that he must have patience and we love him because anything can happen.

“I am happy that he scored and just as pleased that the pass came from Lebohang because he’s been having a lot of stress and pressure. We never showed any signs that we could concede a goal, to be honest. It was nice and clean at the back.”

Relegation looms as AmaZulu are forced into a draw