Sundowns aim to take the game to Maritzburg 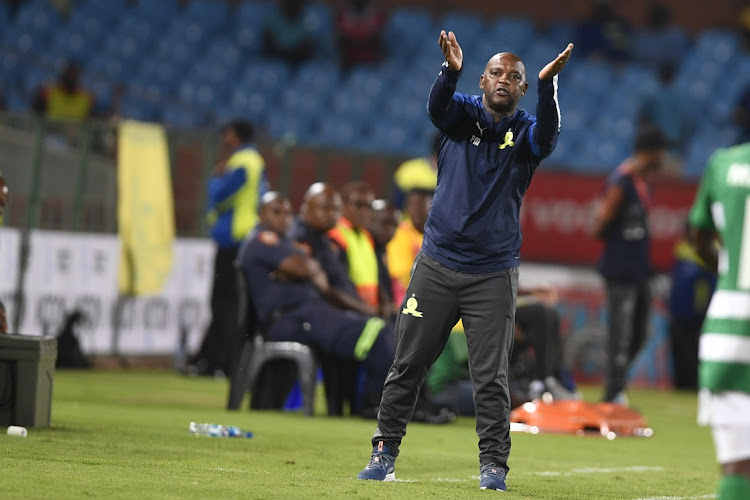 Mamelodi Sundowns coach Pitso Mosimane is seeking to make a “proper start” against Maritzburg United and does not want his charges to chase the match at Lucas Moripe Stadium in Atteridgeville on Friday.

The Brazilians conceded early goals in their last two matches against Highlands Park and Cape Town City and never recovered‚ ending in a 1-1 draw and a 3-2 loss respectively. .

Sundowns conceded as early as the sixth minute [Peter Shalulile got the goal] in their match against Highlands and were always chasing the game in the defeat to City‚ who took an early 13th minute lead through Bradley Ralani.

“We must start proper with Maritzburg and don’t have to chase the game again‚” said Mosimane as he prepared to return to Atteridgeville where Sundowns will be treated as the away team.

“I will start by focusing on ourselves first.  Where we are at the moment doesn’t look very good in terms of results. We felt that our game against Highlands Park will give us the edge for a win because we went with that attitude of going all out to try and win.

“That is a proper mentality, but unfortunately we started on a wrong note by conceding an early goal and we had to come from behind. The same thing happened in our game against Cape Town City where we came from behind, and that put a lot of stress on the team.”

Mosimane said his players‚ who have played four matches since the resumption of the season‚ have not yet reached full fitness. But he added that he will not use this as an excuse.

“We have to understand that this is where we are after the long break because of Covid-19. Physical fitness is not appropriate in terms of building up progressively and also in terms of the match schedule.

“The programme is a bit different and it doesn’t work for us‚ but we can’t be making excuses. It is a fact whether you like it or not and anybody can look at it the way they want‚ but it is the reality,” he said.

“We are not where we are supposed to be in terms of results and the way we are expected to play. We also look at it to say it is not only us. The league says not everyone is winning‚ not everyone is scoring‚ it is unpredictable.

“Football within Covid-19 is totally different and what you thought is normal is not normal anymore. Just like us‚ Maritzburg were on a run of four successive wins before Covid-19 and they have lost against Leopards.

“About Maritzburg‚ this is their second game in the bubble and they have had enough time while we have played four games in nine days. It’s unbelievable but it’s the way the programme is,” Mosimane said.

Middendorp stressed that upsets always seem likely in Covid-19 conditions, so Chiefs will try to find solutions to prevent another upset result on ...
Sport
8 months ago

The Namibian international has reportedly signed a R500,000 a month deal with Orlando Pirates
Sport
8 months ago

Instead of a nine-point lead at the top, it is six as Amakhosi let another chance of settling the title race go begging
Sport
8 months ago
Next Article

Anderlecht over the moon with Tau’s stellar debut

Anderlecht over the moon with Tau’s stellar debut