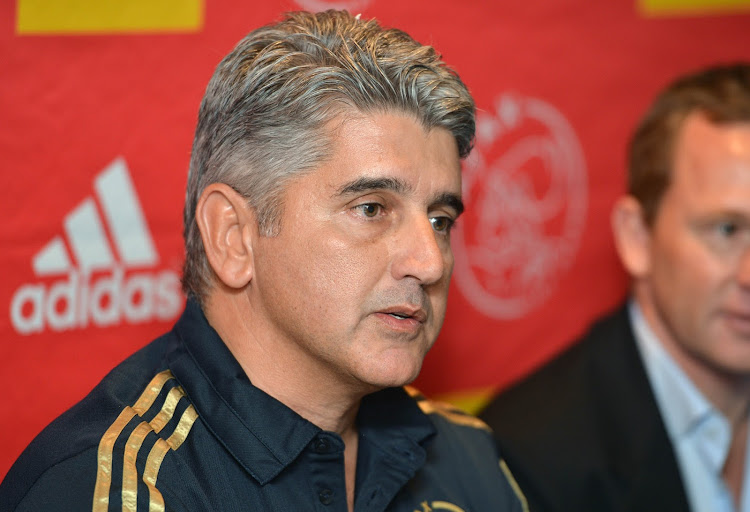 The PSL and National First Division (NFD) will return to action on August 8 for the first time since March after the National Soccer League (NSL) board of governors unanimously agreed to play the campaigns to their conclusion on Monday.

Efstathiou‚ who said recently that declaring the season null and void would not stand up in court‚ said Monday’s outcome is fair for everyone.

“Last time we spoke I told you that the best solution must be fairness and that is to finish the season on the field of play‚” said Efstathiou.

“We are happy with the decision that has been made by the [board of governors]. Now‚ let’s go out there and finish the league on the field of play and see who will be promoted at the end of the season.”

Efstathiou said Ajax‚ who are leading the NFD log by seven points with six games remaining‚ will be ready to resume the campaign because coach Calvin Marlin has done a lot of work since they returned to training.

“We are ready to resume league matches because we have been training for the past few weeks. We don’t have any major injuries and we are looking forward to restarting the season.”

Marlin said his immediate assignment is to ensure the players are fully focused on the task at hand and finish the job they started.

“What we have in our favour is that we are number one on the log and we have something to play for. What is in front of us is to go out there to finish the job and win the league.

“I have to keep on reminding the players that we are back at training every single day because we want to win the league. I have also told the players that they must treat this as a job because there are players elsewhere who may be without a job at the end of the season‚” said Marlin.

Efstathiou said they will evaluate Marlin’s position at the end of the season but the former SuperSport United and Mamelodi Sundowns goalkeeper will accept whatever responsibility he is given if they are promoted to the top flight.

“I enjoy coaching‚ being on the field with the players and sharing the knowledge I have gained over the years‚” said Marlin.

“There is a possibility of being a head coach in the PSL next season but if I am not a head coach it will be an opportunity for me to learn from whoever will be in charge.

“I am grateful for the opportunity that Ajax has given me and I have realised that I still have a lot to learn in this job.”

Results are expected to be settled on the field, says PSL supremo
Sport
9 months ago