PSL players will be tested again before entering ‘bio-bubble’ 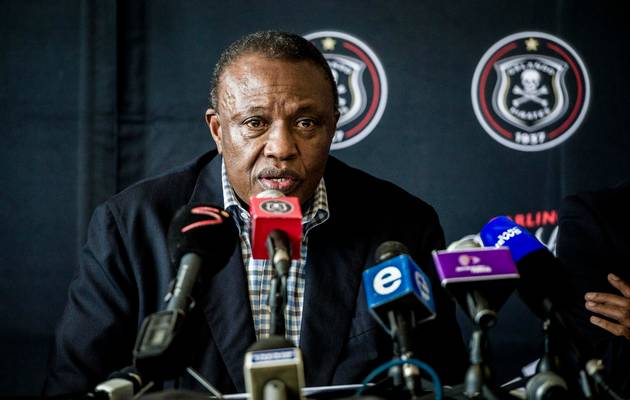 Premier Soccer League (PSL) clubs will be required to conduct one more round of Covid-19 testing of their players and essential staff before they enter the “bio-bubble” in Gauteng to complete the season.

Most clubs did the first round of testing before they returned to controlled training, with Stellenbosch FC‚ Bloemfontein Celtic and Kaizer Chiefs reporting positive cases among players and staff.

“There is not going to be continuous testing‚ there are two tests‚” explained PSL chair Irvin Khoza.

“The first tests [have already been done by the clubs] and the second round of testing will be 48 hours before you go into the bubble.

“That’s why we are trying to debunk this myth that when we are playing football we manufacture Covid-19. We are saying that people who are going into the bubble must have been tested for the last time to make sure that whoever goes in there is negative.

“As we speak‚ the PSL has opened up an account with one of the big two laboratories to make it easy for those who don’t have money to conduct their tests.”

The positive cases from the first round of testing were at Stellenbosch (three staff members), Celtic (midfielder Given Mashikinya‚ who has since recovered) and Chiefs (two unnamed players).

This was in addition to midfielder Ben Motshwari of Orlando Pirates, who was the first player in the PSL to test positive. He has also since fully recovered and is back training.

There have been allegations in the last few weeks that some PSL and First Division teams broke lockdown regulations by returning to training early. Khoza said those teams put people’s lives in danger.

“If it is true there are people training without permission of the minister‚ as event organisers we will be held liable for anything‚” he said.

“That’s why we can’t allow anyone to risk the lives of people and behaving as if things are normal. It is unfortunate if that has happened — people don’t respect the law and don’t respect life.”

Safa gets tough with the PSL: No football until late August

PSL and Safa will be responsible for Covid-19 claims

PSL and Safa will be responsible for Covid-19 claims