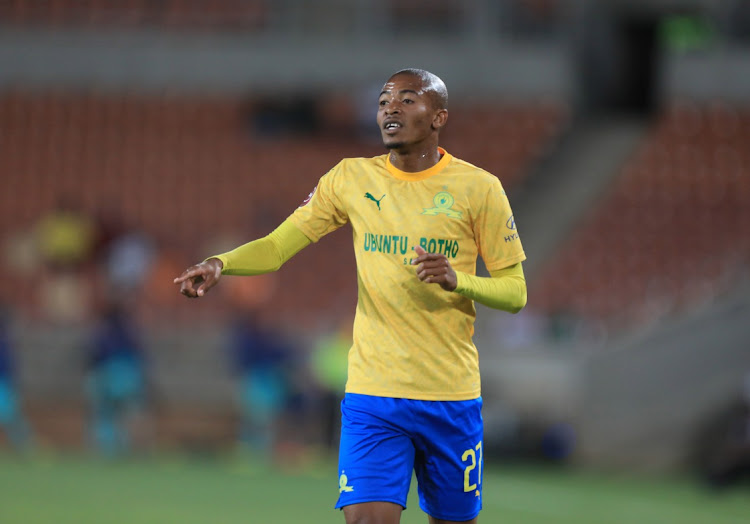 Thapelo Morena is unfazed by the many positions he plays at Mamelodi Sundowns, where he has been deployed from right-back to attacking winger and striker.

The 26-year-old Morena‚ who recently extended his stay at Sundowns for a further five years‚ has managed to maintain his sharpness in spite of the numerous positions in which he has been deployed. His overall play has been enhanced by his lightning speed and an ability to find his teammates with accurate passes.

Morena opened up about his boyhood, and how his agility gave him the gap between his teeth at Jusuf Dadoo Primary School in Randfontein.

Morena was spotted by Bafana Bafana coach Molefi Ntseki while playing for an SA Breweries league team. Ntseki recommended him to Bloemfontein Celtic where he was working at the time. Morena joined the senior team in 2013 before moving on to Sundowns in August 2016.

“Even though I play at right-back‚ when I look at my game I just don’t look for the right-back possibilities. I always look for the gaps in the attacking areas and I think that gave my coaches confidence to put me in those attacking positions‚” Morena explained.

“I also look at what right wingers do‚ what the strikers do and what I can do if I’m played there. It’s more about making sure the team benefits from whatever position I’m placed at in a particular match.

“It also depends on the tactics of the day and the opposition because I actually sit down and watch videos with the coaches before we decide what my role will be. What I’m happy about is the fact that I’ve been able to adapt and keep my game at a good level in whatever position I’ve been asked to play.”

Morena has recovered from a nasty ankle injury he suffered in a Nedbank Cup clash against SuperSport United in which he provided a vital assist for Sibusiso Vilakazi to score the winner. He hopes to play a few matches before the season ends, but if he does not‚ he is happy to wait until the next season starts.

While holed up in a camp at the Marang Hotel in Rustenburg‚ Morena revealed how he lost his front teeth during his teen years at school.  “Speed is something I always had. Even at school I used to play soccer and do athletics. It’s something that I grew up with and from kasi [township] you’ll find out that in a certain season you play soccer and in another it’s athletics.

He was “just fooling around at school” in the corridors one day and fell face-down and broke his front teeth. He first took out the one and later the other, Morena recalled.