Double by Egyptian forward Trezeguet gives victory to the Villans 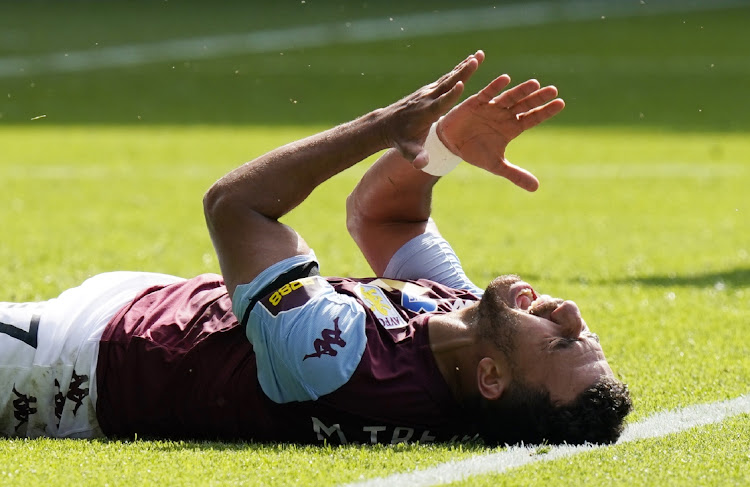 Birmingham — Aston Villa revived their hopes of avoiding relegation from the Premier League as two goals by Egyptian forward Trezeguet gave them a 2-0 home win over Crystal Palace on Sunday.

The result lifted Villa one place to 18th on 30 points from 35 games but they are still four points adrift of safety, while Palace stayed 14th on 42 points after a fifth successive defeat.

Palace made a bright start and had a goal controversially disallowed in the seventh minute after a VAR check deemed that the ball came off Mamadou Sakho’s arm though it appeared to strike his shoulder.

Trezeguet fired Villa ahead in first-half stoppage time when he met a Conor Hourihane free kick at the far post and sidefooted it into the opposite corner from close range.

The home side had a penalty awarded by referee Martin Atkinson overturned after a lengthy VAR check before Trezeguet doubled their lead in the 59th minute with a clinical finish.

Palace keeper Vicente Guaita denied Hourihane and Jack Grealish with a string of saves and his counterpart Pepe Reina did well to keep out efforts by Christian Benteke and Patrick van Aanholt in a lively game.

Earlier Wolverhampton Wanderers boosted their hopes of qualifying for the Champions League with a 3-0 home win over Everton.

Victory lifted Nuno Espirito Santo’s side up to sixth in the standings — four points behind fourth-placed Leicester City who played Bournemouth later on Sunday.

Wolves took the lead in first-half stoppage time when Daniel Podence was fouled by Lucas Digne and Raul Jimenez maintained his 100% penalty conversion rate this season to score his 16th goal of the league campaign.

Leander Dendoncker doubled the lead straight after the interval when he directed a glancing header past the outstretched arm of Everton goalkeeper Jordan Pickford.

Diogo Jota made it 3-0 after midfielder Ruben Neves found him with a pinpoint cross-field ball and the Portuguese forward chested it down before firing an emphatic half-volley past Pickford at the near post.

Safa gets tough with the PSL: No football until late August

Chiefs’ Bernard Parker primed for football to kick off again

Chiefs’ Bernard Parker primed for football to kick off again