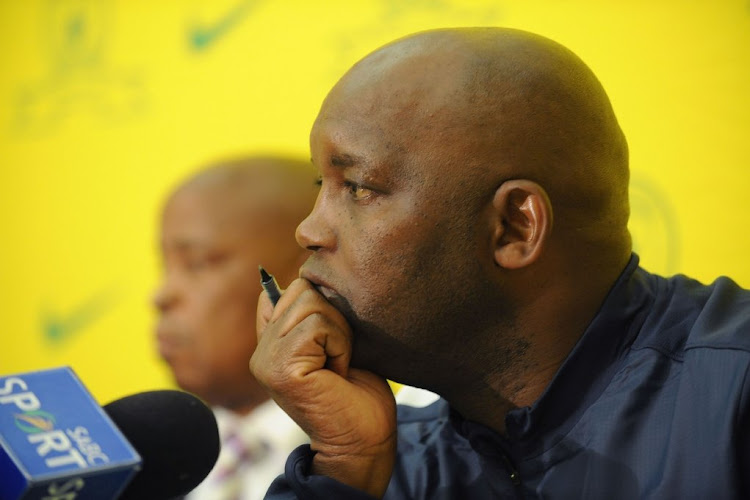 Forthright Mamelodi Sundowns coach Pitso Mosimane usually has a pretty good idea of how the league title race could unfold. But this season is different as it is peppered with so much uncertainty that even the usually bold mentor will not stick his neck out to make a prediction.

Mosimane‚ who has never been one to mince his words‚ said the coronavirus pandemic has changed our lives to such an extent that for the first time he cannot say with absolute confidence that second-placed Sundowns will pip leaders Kaizer Chiefs to domestic football’s Holy Grail.

The season was suspended in March due to the outbreak of the pandemic, and Mosimane said it would be foolhardy for anyone to expect any of the premiership teams to pick up where they left off and continue as normal when the campaign eventually resumes.

“You see‚ when it is a normal environment‚ I always say we [Sundowns] can make it [win the league]. Even when we were 11 points behind Kaizer Chiefs in the first year we won the league‚ I still said we would make it and this was based on normal circumstances‚” Mosimane said.

“Even when we did not win the league‚ I said we would go and get it back [the following season] and this was based on normal circumstances.

“But this time is the only time I can’t tell you [what is going to happen]‚ I must tell you the honest truth.

“This Covid-19 ... I don’t understand it and I don’t think there’s anybody who knows it. Look at the symptoms‚ they appear to be going in this direction and then suddenly they change. We are all learning this thing and there is no experts.”

Mosimane said he has watched clubs in other leagues around the world either lose the form they had before sport was suspended or suddenly undergo a huge transformation and return with a vengeance.

He said it would be difficult to predict with confidence whether Sundowns will return with the same relentless aggression they had when they were pursuing long-time leaders Chiefs before football was suspended.

“I don’t know how we will be when we come back because I am looking at Barcelona‚ for example‚ and before Covid-19 they were top of the log in Spain [two points clear of Real Madrid] and doing very well‚” he said. “After resuming play in Spain‚ look at them now.”

Barcelona are second and four points behind Real Madrid‚ who are now the leaders.

“It has boiled down to the substitutions‚ the changing of the team‚ putting these players in‚ players are not ready‚ injuries‚ the inability to play the same players for successive games‚ five subs.

“So this one [the PSL race] is a difficult one‚ it is not a normal one. The normal one I know what’s going to happen‚ but this one‚ I really can’t tell you how it’s going to pan out.

“Look at Atletico Madrid. Before Covid-19 they were struggling and they were seventh. Now suddenly they are third.”

Chiefs were leading the pack by four points when sport was suspended but they have played one more match than Sundowns.