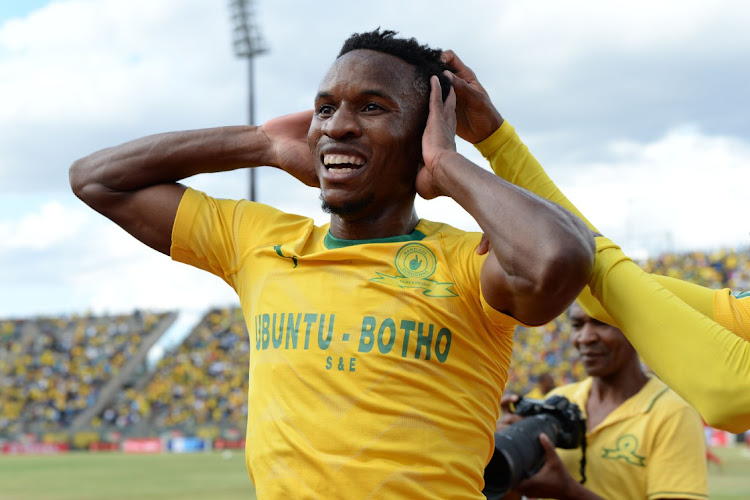 The season was suspended in March due to the coronavirus outbreak. As the campaign nears resumption‚ the race for the league title is expected to unfold largely as a two-horse race between long-time log leaders Kaizer Chiefs and second-placed Sundowns.

SuperSport United and Orlando Pirates also have a shout for the title but they are outsiders.

Chiefs were leading the pack by four points when sport was suspended but they have played one more match than  Sundowns.

Zwane could not help but salivate on the possibility of helping Sundowns to a 10th PSL title and his fourth since he arrived at Chloorkop almost a decade ago. “It would mean a lot to me‚” he said.

Zwane‚ who is one of the key attacking players for coach Pitso Mosimane and one of the front-runners for the player of the season award‚ has enjoyed a successful spell at the club, where he has won a whopping eight trophies.

“When I came to Sundowns in 2011‚ I told myself that I wanted to create history. To be honest‚ I was ready for anything and I have managed to handle the pressure because I knew what people expected from me. I am expected to deliver at all times‚” said Zwane.

The Bafana Bafana international has once again proved to be a vital cog in Mosimane’s Sundowns machine this season and he is one of a few players at the club to have featured in more than 30 matches in all competitions.

“The secret is that you need to be consistent and work hard. Remember that at Sundowns we have a lot of quality players and if you don’t perform‚ then someone will take your place‚” he said.

Zwane has 13 goals and 10 assists to his name and he is going to be important for the Brazilians in the chase for the league title when the race resumes. The Brazilians will also be gunning for a third successive league title.

“I am trying to improve on the Mshishi of last season of course. I only compete with myself but I want to give credit to my teammates because they make things easy for me.”