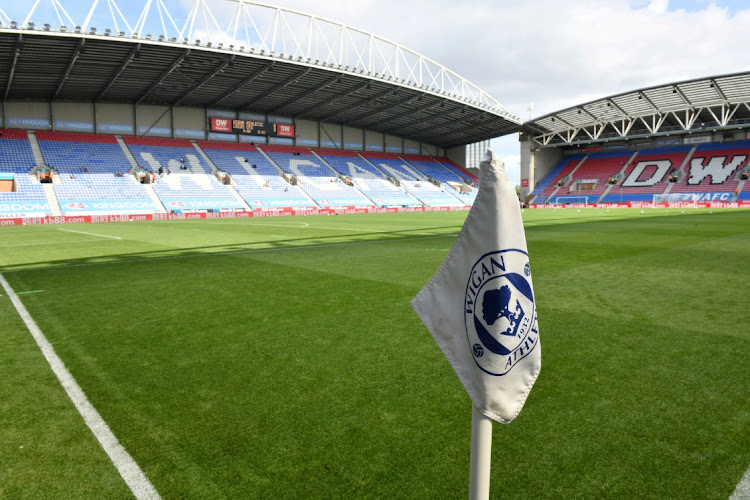 Wigan are the first professional English club to fall into administration since the onset of the Covid-19 pandemic. Picture: ACTION IMAGES/PAUL BURROWS

Bengaluru — English Championship (second-tier) club Wigan Athletic have gone into administration less than a month after being taken over by a partnership headed by Hong Kong businessman Au Yeung Wai Kay.

Wigan are the first professional English club to fall into administration since the onset of the Covid-19 pandemic.

Paul Stanley, Gerald Krasner and Dean Watson of Begbies Traynor have been appointed as joint administrators of the Latics, who spent eight seasons in the Premier League before they were relegated in 2013, the same year they won the FA Cup.

"Our immediate objectives are to ensure the club completes all its fixtures this season and to urgently find interested parties to save Wigan and the jobs of the people who work for the club," Krasner said.

"Obviously the suspension of the championship season due to Covid-19 has had a significant impact on the recent fortunes of the club."

Wigan were owned by the Whelan family until 2018 before being taken over by Hong Kong-based International Entertainment Corporation.

The club's ownership changed hands for the second time in two years when they were taken over by a Hong Kong-based consortium headed by Au Yeung in June.

"It is extremely disappointing to hear that Wigan has gone into administration … It would be tragic if a club that has been in existence for nearly 90 years is forced to the wall," digital, culture, media and sport committee chair Julian Knight said.

"We know that 10-15 clubs could find themselves in the same position. What's needed is leadership from the very top of the pyramid to help save the club.

"Yesterday the committee sought clarification from Premier League chief Richard Masters on what action was being taking to provide extra money for clubs at risk. He told us that the English Football League hadn't asked for extra funding and the Premier League hadn't provided it. That has to change."

Wigan are 14th in the championship with 50 points, eight points clear of the relegation zone with six games to play.

The English Football League confirmed that Wigan would be docked 12 points, the standard penalty for a club entering administration.

"If in the event the club is relegated by virtue of their final position... then the deduction will apply in League One (third-tier) in 2020/2021," the league said in a statement.

"However, if the club is not in the relegation places following the final game of season, the sanction will be applied to their season 2019/2020 total and final league standings amended as appropriate."

BLM is about morality, not politics, says English football chief