Mosimane tips Mkhuma for the top

Youngster must go on loan because a spell with another club can work wonders for promising players, says coach 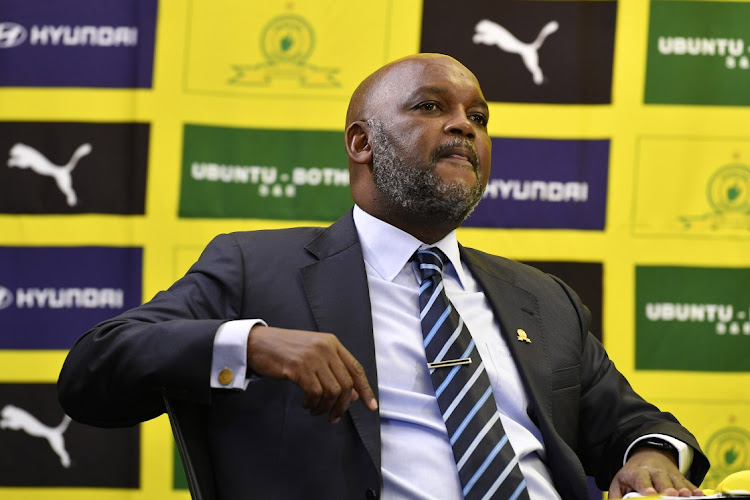 Mamelodi Sundowns coach Pitso Mosimane has tipped Promise Lebo Mkhuma to be the next big thing to emerge from the club’s conveyor belt of talent.

Mosimane believes the 20-year-old has the potential to follow in the footsteps of Percy Tau‚ Keagan Dolly and Bongani Zungu, the trio who blazed a trail at Sundowns before taking their talents to Europe.

Mkhuma turned 20 on Sunday May 24, and earlier this season was promoted to the Sundowns senior side after impressing in the junior side.“He’s going to show us something, I just see something there,” said Mosimane.

But the Downs coach cautioned against throwing the young player in at the deep end‚ saying a loan spell to another club next season may help the Tshwane-born Mkhuma to gain experience before returning to Sundowns.

“I need to loan him out. He must go play and he must follow what Percy and Keagan followed‚” said Mosimane, pointing out that Sundowns players such as Motjeka Madisha went on loan to Highlands Park and Sphelele Mkhulisi spent time on loan at Black Leopards.

Mosimane said loan spells tend to have an adverse effect on players if not done properly.

“Sometimes the loan spell works‚ especially when you’re genuine with the player‚” said Mosimane. “It mustn’t be a matter of saying hamba asisakufuni manje [go, we don’t want you for now]. Then it will backfire.

“If it’s in a good spirit and you phone the player and check: ‘hey ngibonile ukuthi udlala kahle [hey, I saw that you played so well], but heyi ndoda [hey man] what happened‚ you didn’t put in a lot of effort’. Then he knows that he has to come back.

“So those are the other things that you have to make sure you tick with these players. With Promise, we have to leave him to go on loan and go play.”

Luther Singh’s football career on the up in Portugal

Ronwen Williams is a ‘special one’‚ says SuperSport boss Matthews