Maritzburg’s morale a large part of their success 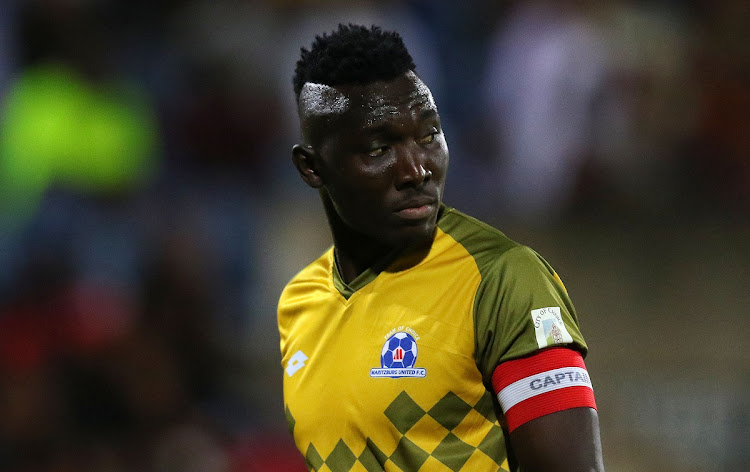 Maritzburg United’s togetherness and discipline‚ forged in a fight to avoid relegation last season‚ had been a large part of their success in the 2019/2020 campaign‚ goalkeeper Richard Ofori said.

Ghana No 1 Ofori has turned out to be one of United’s best signings since joining the side in 2017.

He has been linked to a move in the next off-season to Mamelodi Sundowns or Orlando Pirates‚ but United have moved to quash such speculation by clarifying that they exercised a year’s option to June 2021 on Ofori’s contract in January.

Ofori was part of United’s best season in 2017/2018 with a first cup final in the modern era in the Nedbank Cup and fourth-placed Premiership finish under Fadlu Davids.

“It’s the togetherness that has been very important. Because we suffered a lot last season‚” Ofori said of a United combination whose tireless work ethic has made them one of the most difficult teams to beat in the PSL in 2020.

“So then this season it’s been the togetherness‚ the teamwork and the hard work that has helped the team.

“As you saw‚ we didn’t start very well‚ but I think when the coach [Eric Tinkler] talks to us we listen and then we try to do everything possible to make things right.

“In each position there is competition. Each player is working hard‚ and everyone wants to execute the task that the coach gives to him.”

Another notable factor identified in United’s strong campaign has been their Friday night vibe in home matches at Harry Gwala Stadium‚ which have become an event in the football-mad KwaZulu-Natal Midlands.

“Since day one the fans‚ the city as a whole‚ have been there for the team. Most of the clubs don’t get the opportunity that Maritzburg United has in terms of a fan base and the support in the crowd‚” Ofori said.

No light at the end of Premier Soccer League tunnel

Technology is keeping Pirates on their toes, says Fortune Makaringe

Ernst Middendorp calls for creative ways to complete the season

No clubs can be relegated, says Brighton boss Tony Bloom

LUKANYO MNYANDA: Government chickens out of action, but Woolworths comes to the ...

No clubs can be relegated, says Brighton boss Tony Bloom

LUKANYO MNYANDA: Government chickens out of action, but Woolworths comes to the ...