Return of key players expected to provide a major boost for Amakhosi, who are chasing their first league title in five years 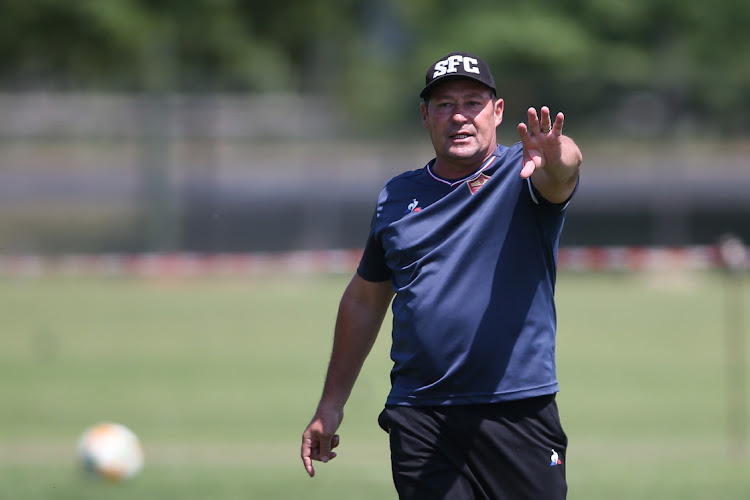 Chiefs were well beaten in their Telkom Knockout semifinal by Maritzburg United on Sunday‚ with the 2-1 scoreline flattering them. But Barker believes the expected return of key players will provide a major lift for the team chasing a first league title in five years.

Goalkeeper Daniel Akpeyi and midfielder Willard Katsande are expected to be back from suspension‚ while defender Siyabonga Ngezana should return after national Under-23 duty and star forward Khama Billiat could be pushed into service after he missed out on the weekend. Only center back Erick Mathoho remains suspended.

Barker says the returnees will give Chiefs a huge lift.

“If you look at Chiefs over the whole season, they have been really solid‚” he told reporters. “They were missing Akpeyi‚ Katsande‚ Billiat ...

“Ngezana could not play because he had just come back from the Under-23s. You add those players to that team‚ I am sure it will refresh them.

“They are desperate to win the league and they are in a really strong position. They will want to bounce back from what even their coach [Ernst Middendorp] admits was not their best performance. All teams have poor matches‚ but good teams will have that bounce-back effect.”

Barker says his promoted side will need no motivation as they look to follow up a recent league victory over Orlando Pirates by claiming another major scalp‚ if for nothing else than to move away from the relegation zone.

“Playing in front of a crowd of 20,000-25‚000 is always great for the players‚ the club and everybody involved. It does gee up the players and we are looking forward to it.

“Playing against the team who are on top of the log and in really good league form does provide an opportunity to see where we are at as a team. We have played four home games‚ drawn three and won one‚ so we are unbeaten,” said Barker.

“It is a massive opportunity for us. Any result against them would be a huge step in the right direction. But it is also really important for us to understand that every game is huge‚ whether it is against Chiefs or Baroka. We cannot single out games.”

Stellenbosch will be without suspended former Chiefs defender Morgan Gould‚ a blow to them in terms of experience‚ as well as forward Ashley du Preez‚ who is carrying a knock.

Barker says the team used the almost three weeks since their last game‚ a 0-0 home draw with Highlands Park‚ to good effect.

“We have had a really good preparation on all levels. We have a squad of 32 players, which includes the MDC [MultiChoice Diski Challenge]‚ and we only have one player‚ Ashley du Preez‚ missing through injury. So nice to have everybody training.

“The break has afforded us the opportunity to get players with niggles better, and tactically it gave us a lot of time to work on what we want to achieve as a team. Preparation has been really good‚ the players are refreshed.”

Chances are SA will be paired with one of Africa’s top teams in the continental qualifiers, making booking a place for Qatar no easy task
Sport
1 year ago