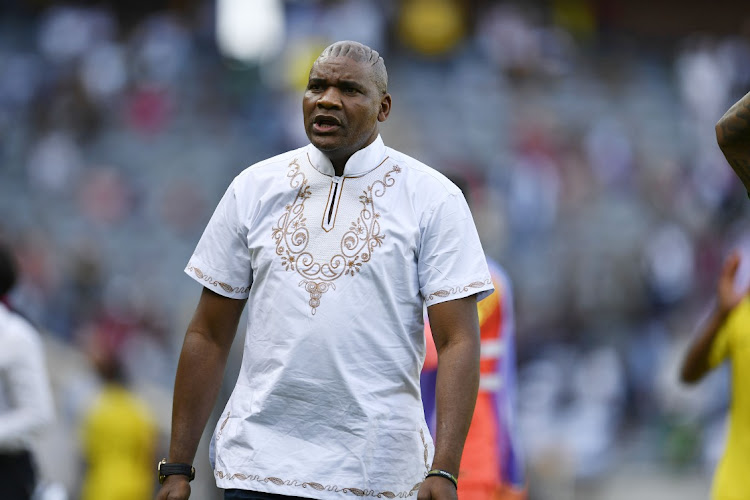 It is highly unlikely the Bafana Bafana players will turn on the swagger with some “tiki-taka” soccer under Molefi Ntseki and the national team coach intends to maintain the status quo.

Ntseki does not intend to employ the “tiki-taka” style of short‚ quick passes that was synonymous with Spanish powerhouses Barcelona under former coach Pep Guardiola and prefers to rather focus more on substance as he attempts to stamp his authority on the senior national team.

“It is not going to be direct and at the same time it is not tiki-taka‚ but within the technical strategy that will give you results‚” he said. “Tiki-taka demands more from the players.”

Ntseki‚ who replaced Briton Stuart Baxter in August‚ said Bafana’s playing philosophy will be based on tactical discipline‚ solid structure and quick circulation of the ball offensively and defensively.

“I believe if you have a tactically disciplined team‚ if you have a good structure‚ variations in movements and you disrupt the opposition it will help‚” he said.

“Also important is quick circulation of the ball‚ whether in defence or attack‚ and you must also have individual brilliance in the team. You need players who can win the game for you at any given moment. You have Thulani Serero who will always sneak in‚ Lebogang Phiri who is technically good‚ Percy Tau who is very arrogant in possession ... it is more like that.”

Ntseki also explained the changes he made in the match against Sudan where they huffed and puffed to a 1-0 win at home.

“If you look at the team that we played in Ghana‚ nine of those players played against Egypt in the Africa Cup of Nations‚ except for Bradley Grobler‚ who came on for Lebo Mothiba‚” he said.

“Mothiba has been struggling with form but the good thing is that last week he scored two goals for his club before he reported for camp.

“We brought in Thato Mokeke for Kamo [Mokotjo]‚ who had challenges flying from England to Ghana and arrived in camp very late.

“We didn’t want to make too many changes because we didn’t have enough time to work on the team. That is why we had nine of those players starting against Ghana. If Kamo was available against Ghana we could have played him with Dean [Furman] in the midfield.

“When we were preparing for Sudan‚ we could see that they play more of diagonal and long balls and we brought Eric Mathoho and Sifiso Hlanti to try to deal with those situations.

“We kept Hlanti to deal with diagonal balls and on the right we played with Lebo Phiri to come inside and allow Thapelo Morena with his ability to attack on the wing.”

SAA strike leaves Bafana’s travel plans up in the air