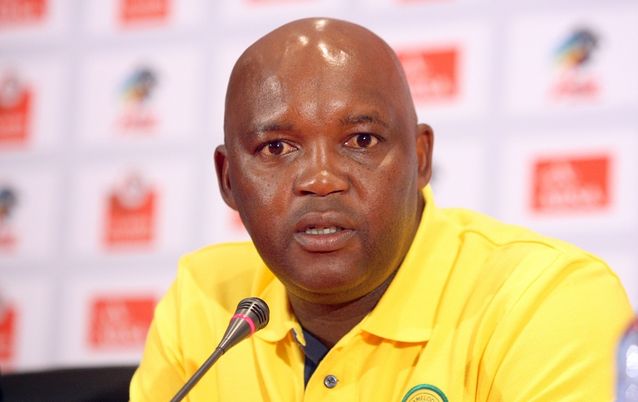 Pitso Mosimane has admitted concern about his side recovering some freshness for Saturday’s Caf Champions League challenge against AS Otoho d’Oyo of Congo‚ where Downs have to come from a goal behind.

The Brazilians must overturn a 2-1 deficit from the first leg defeat in Owanda to avoid being eliminated.

The match at the Lucas Moripe Stadium in Atteridgeville (kickoff 7pm) comes as a sixth outing for Sundowns in August‚ the effects of which were all-too evident as they were held 1-1 at home on Tuesday in the league by Cape Town City.

Mosimane fears his players will have to dig deep into their energy reserves for what could be a bruising encounter against AS Otoho.

“They are strong‚ physical boys from central Africa and they will come here to park the bus and sit on their lead. We are going to have to work out a way to get around that‚” he suggested.

“But we played well against them when we were 10 against 11 [in Congo]. We had a lot of possession and managed to score when we were a man down.”

Captain Hlompho Kekana was sent off and is suspended for the return game.

“We should be able to score a goal or two on Saturday. It won’t be easy‚” Mosimane said. “We have to break the ice but if we get an early goal it will be much easier because they will be forced to come out and try and play. They are going to be dangerous at set pieces so we must make sure we have the right height in our team too.”

Sundowns’ players were given Thursday off with strict orders to rest while there will only be a light session on Friday.