Zimbabwean midfielder's career with the Amakhosi is up in the air 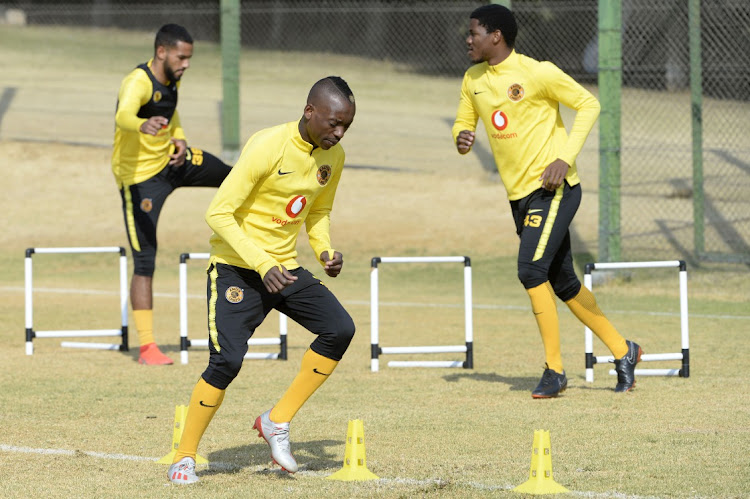 Khama Billiat’s Kaizer Chiefs teammates support him and make sure he remains positive while his career at Naturena remains up in the air‚ Amakhosi midfielder Lebogang Manyama says.

Billiat continues to be a Chiefs player‚ showing up daily for training at their Village‚ as he did ahead of an Amakhosi media day at Naturena on Thursday.

But the continued uncertainty over whether the Zimbabwean playmaker will achieve his wish of returning to former club Mamelodi Sundowns has seen him apparently grounded from playing for now.

“Khama is a big boy and he’s one of the top players in the country. And whether he stays or leaves‚ probably next year he’ll have the same thing again‚” Manyama said.

“He’s been here‚ he’s been working hard. And we haven’t shown any emotion to any of that‚ or put any of our focus on that. We make sure that we support him in every way‚ and make sure that he stays positive in every thing that he does. And obviously we’re hoping that he can come back and help the team.”

It seems unlikely Billiat’s exile from the first XI will end when Chiefs host SuperSport United in their Premiership fixture at FNB Stadium on Saturday (kickoff 6pm).

SuperSport come into the game having hit about stride in their last two matches‚ thumping Orlando Pirates 3-0 in Nelspruit in the league‚ then Bidvest Wits by the same score at Bidvest Stadium on Saturday in the MTN8 quarterfinals.

“It’s a big game against a very good team‚” Manyama said. “I think it’s one of those games where form doesn’t matter‚ because SuperSport are hard to beat with all the work they put in their training and how they play.

“They are a fighting team. And we know what to expect. Their past two results don’t mean much to us‚ but to them it’s obviously a huge confidence boost. They played two of the best teams in the country‚ and they won convincingly. We’ve watched the clips and how they did it. And I think they’re going to come in a similar way against us to what they did against Pirates.”

Chiefs have had a decent start to the 2019-20 campaign‚ winning both their PSL games — 3-2 away against Highlands Park‚ then 1-0 at “home” to Black Leopards in Durban.

Sredojevic ‘relieved’ to be in Egypt after exit from Bucs

Crunch talks in bid to sort out PSL-SABC impasse