Boks prepare for 80 minutes of war 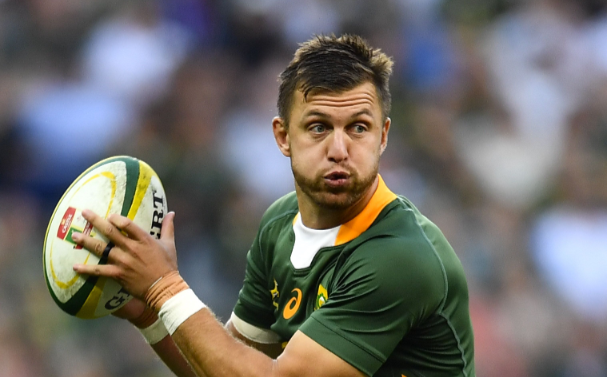 Springbok flyhalf Handre Pollard will be up against the All Backs’ Beauden Barrett in Mbombela on Saturday. Picture: GALLO IMAGES/ASHLEY VLOTMAN

Handré Pollard has asked for an 80-minute performance from the Springboks in their Rugby Championship clash against the All Blacks at Mbombela Stadium on Saturday.

The highly experienced flyhalf said SA needed to function as individuals and a team until the last minute if they were to beat old foes New Zealand.

“Everyone has their own role to play in the team and every department must function well,” he said.

“We have good plans and we have had a good week of preparation and now it is about pitching up on Saturday for 80 minutes.

“Individual players must make sure they execute in their areas and we must stay unified as a team and stay in the fight for 80 minutes,” he said.

Pollard will be up against Beauden Barrett and is relishing the opportunity of pitting his wits against the visitors’ pivot.

“I don’t think as a team they will change a lot regardless who plays at No 10 between Barrett or Richie Mo’unga.

“They both have a different style of play and have the X-factor about them. Barrett’s speed is unbelievable and he’s got a lot of experience, which is great for them,” he said.

“But they have 15 threats on the field and we won’t be focusing on individuals.

“The one thing you don’t want to give them is time on the ball.

“Every kick and what type of kick is important, but we have a good plan and it comes down to execution.”

The All Blacks arrived in SA under tremendous pressure after losing their home series to Ireland in July. But  Pollard says they remain dangerous because of the experience in the team.

“They are incredibly dangerous where they are as a group and it is going to be very tough.

“We have two opportunities to beat them, but let’s see the first 80 minutes on Saturday.”

New Zealand wing Caleb Clarke will play his first Test in two years but coach Ian Foster has resisted the urge to make wholesale changes, though he has recalled hooker Samisoni Taukei’aho.

Foster is under pressure after the All Blacks lost four of their last five Tests a year out from the Rugby World Cup in France.

But the core of the side that lost to the Irish remains in place.

Clarke, 23, earns his first cap since 2020 as he takes the place of Sevu Reece on the left wing, with Will Jordan on the opposite side and Jordie Barrett at fullback.

Under-pressure captain Sam Cane stays at flank with Akira Ioane, while Ardie Savea packs down at No 8.

Scott Barrett partners Sam Whitelock at lock in place of the injured Brodie Retallick, with Taukei’aho back at hooker after he was a surprise omission from the third Test against Ireland.

Prop Angus Ta’avao returns from suspension, with George Bower on the opposite side of the scrum. — Additional reporting by Reuters

Arendse will phone a friend about how to tame All Blacks

Replacing injured Cheslin Kolbe, he is thrilled to be in the Bok squad
Sport
1 week ago

Instead of building belief with a string of thumping wins, the team is mired in its biggest crisis of confidence in decades
Sport
1 week ago