Marcell Coetzee happy to be back with Springboks 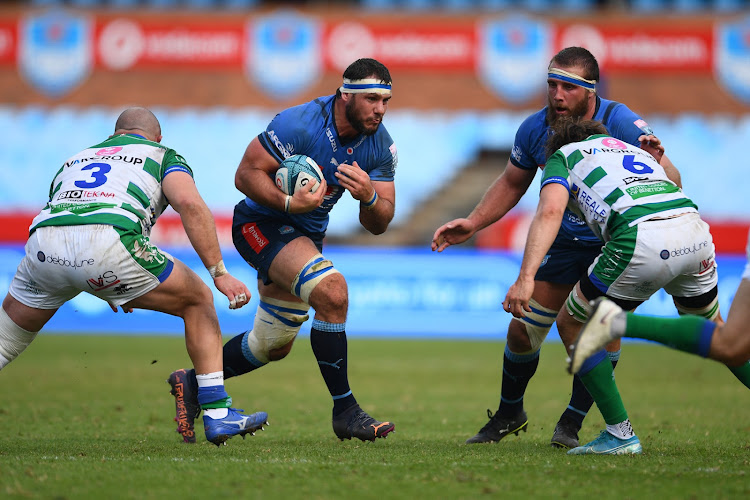 Springbok flanker Marcell Coetzee is excited to be part of a loose trio combination with Pieter-Steph du Toit and Evan Roos for the second of three Test matches against Wales in Bloemfontein on Saturday.

Coetzee‚ who led the Bulls to the United Rugby Championship final where they lost to the Stormers a few weeks ago‚ is one of the sweeping changes made by coach Jacques Nienaber.

As part of Nienaber’s changes‚ only four players in the match-23 squad retained their places from last week’s last-gasp 32-29 victory over Wales at a packed Loftus.

Those players who have retained their places are lock Eben Etzebeth while hooker Malcolm Marx‚ prop Vincent Koch and utility back Damian Willemse have been included on the bench.

Looking ahead to this clash where they have an opportunity of wrapping up the series with a match to spare‚ Coetzee said the most important thing is to find cohesion.

“Peter-Steph was World Player of the Year not so long ago and he brings huge experience to the loose trio. Evan [Roos] had a massive season for the Stormers in the URC but the biggest challenge for us now is to build synergy and cohesion.”

It is almost 10 years since Coetzee made his debut for the Springboks and about three years since he last played a Test match. He said his return to the side feels like it is his first time.

“First of all it is a great opportunity to be back with the national team and catching up with old friends like Eben [Etzebeth]‚ Peter-Steph [Du Toit] and new faces like the man sitting right next to me [Ntuthuko Mchunu].

“That’s what it’s all about‚ we are together as a squad and I am learning new personalities. It is always phenomenal when you see your name being read out and on the team sheet.

“For me and my family it was a proud moment and you never take that for granted. It is more or less like the first time I was called up  ... and it’s been a while. I think I played my last Test in 2019 and you just realise what you have when you come back to the system.

“It is an honour to represent your country and just being back in the system is phenomenal.”