Beauden, Scott Barrett start for Covid-19-hit All Blacks against Ireland 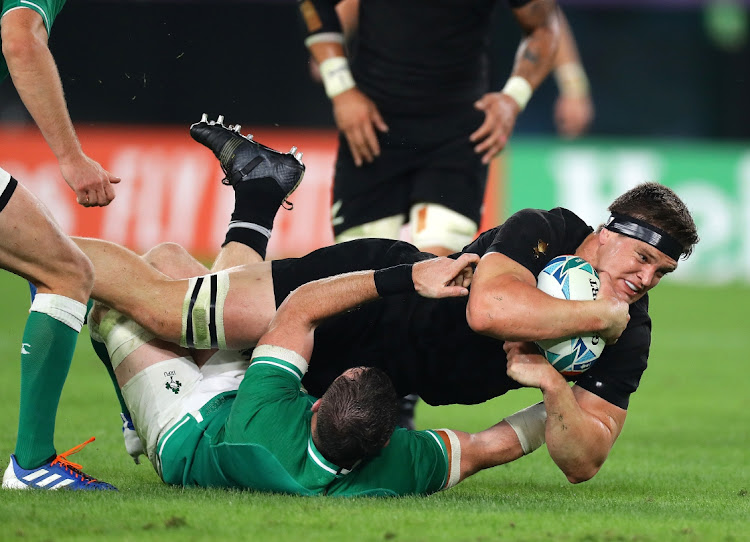 Sydney — Beauden Barrett will start at flyhalf in place of Richie Mo’unga and his brother Scott at blindside flanker for the All Blacks in the first of three July Tests against Ireland at Eden Park on Saturday.

Hulking winger Leicester Fainga’anuku has been handed his Test debut in a backline depleted by an outbreak of Covid-19 in the camp, while loose forward Pita Gus Sowakula could win his first cap off the bench at the age of 27.

Mou’nga, who was named on the bench, missed training this week through illness and so twice World Player of the Year Beauden Barrett gets his chance to stake his claim on the No 10 shirt.

The selection in the No 6 jersey of Scott Barrett, who normally plays at lock, indicates that All Blacks coach Ian Foster plans to attack Ireland in the collision area.

A third Barrett brother, Jordie, will start at fullback.

Fainga’anuku gets his chance after Will Jordan tested positive for Covid-19 during the week. Auckland Blues winger Mark Telea has been brought into the wider squad as extra cover.

Crusaders centres David Havili and Jack Goodhue are also isolating after positive tests for the virus so Braydon Ennor earned a spot on the bench after being brought into the squad on Monday.

In the front row, Ofa Tuungafasi will start at tighthead prop with Angus Ta’avao backing up from the bench and Nepo Laulala left out of the match-day squad.

Foster, who also tested positive for Covid-19 this week along with two of his assistants, said the selectors had taken into account the workload of players who were in action right until the end of the Super Rugby season.

“While this week hasn’t exactly gone to plan for us, our overall preparation has gone really well,” he said.

“We have huge respect for this Irish team and can’t wait to run out onto a packed Eden Park on Saturday.”