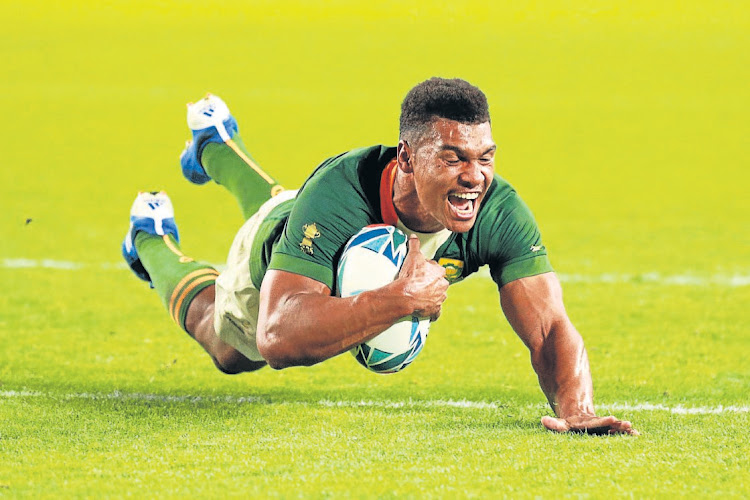 Springbok utility back Damian Willemse has raised his hand to slot in at flyhalf if the game situation requires in Saturday’s series first Test against Wales at Loftus.

Willemse, who is being prepared to fulfil the Frans Steyn role, will start against Wales at fullback ahead of the vastly experienced Willie le Roux, who has also been training at flyhalf this week.

The 24-year-old Willemse said he won’t have a problem coming on at flyhalf if something happens to Elton Jantjies, who was picked ahead of Handrè Pollard.

“There is always the possibility of any injury and if Elton goes down, I can cover at 10 or even at 12,” he said as the Boks ramped up their preparations for the clash at what will be a Loftus packed to the rafters.

“There is also Willie le Roux who is usually very good at slotting into first receiver and running into those spots. Obviously it will depend on what the coaches decide if they want to move me to 10 if Elton gets injured, but there is that option.”

Willemse, who fulfilled numerous roles at the back as he helped the Stormers lift the United Rugby Championship (URC), said he is also happy to play at fullback for the Boks.

“I am excited to play fullback. The last time I played fullback was during the regular season against the Bulls.

“It has been a good week with the Boks and I am excited for the weekend and slotting back into fullback. I have been training there, so I am excited about the challenge.”

Willemse said he has been working with coaches on improving his skills set to be able to perform varied roles.

“So it is definitely a skills set I have been training at for a number of years now and I am enjoying it.

“For me this weekend is not about being desperate. It’s about going out and executing and putting the forwards in the good spaces and getting that territory battle going for us.

“We know Wales are going to kick the ball — that’s what we are anticipating. But they can change the plan.

“We have been working hard on our kicking game as well — it’s just about taking away the pressure and putting our forwards on the front foot.”

Wallabies coach believes his side will be challenged by the physically brutal England pack during the first match of a three-Test series in Perth on ...
Sport
1 month ago