Coach says they’ve learned from Twickenham loss, have been moving in the right direction over the past year, but can still improve a lot 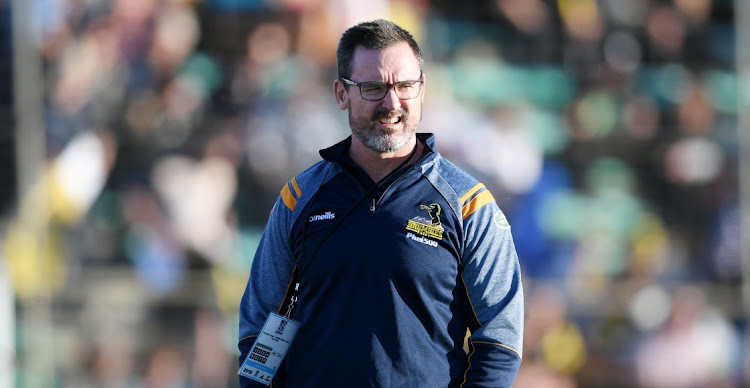 Wallabies forwards coach Dan McKellar said Australia must stand up to the “physicality and brutality” of England’s “world-class” pack during the three-Test series, which starts in Perth on Saturday.

The teams are meeting for the first time since last November when England ran out 32-15 winners at Twickenham, and McKellar said combating the likes of Maro Itoje and Courtney Lawes up front would be crucial.

“It’s a big part of [England’s] DNA, the set-piece and that physicality and brutality and it’s something we’re trying to bring to this group of forwards here,” said McKellar.

“Itoje and Lawes and these players, Jamie George, they’re world-class so it’s an enormous challenge for us.”

McKellar said that while the Wallabies had learned from the defeat at Twickenham and had been moving in the right direction over the past year, there was still lots of room for improvement.

“We’ll certainly be challenged and put under pressure over the next three weeks,” he said.

Explosive prop Taniela Tupou looks set to miss the opening Test due to a calf injury but McKellar is confident the Australians have enough depth to compensate for his absence.

“He’s incredibly powerful at scrum time, but then he also brings a point of difference in open play,” he said of the Queensland Reds forward.

“We’re fortunate if he’s not available then you’ve got guys like Allan Alaalatoa and others who can step up and certainly do a job for us.

“If he’s not available on Saturday he’ll certainly be a loss, but injuries happen. You’ve just got to push on and take confidence in the next person to do the role well.”

The sides meet in Brisbane for the second Test on July 9 before wrapping up the series seven days later in Sydney.