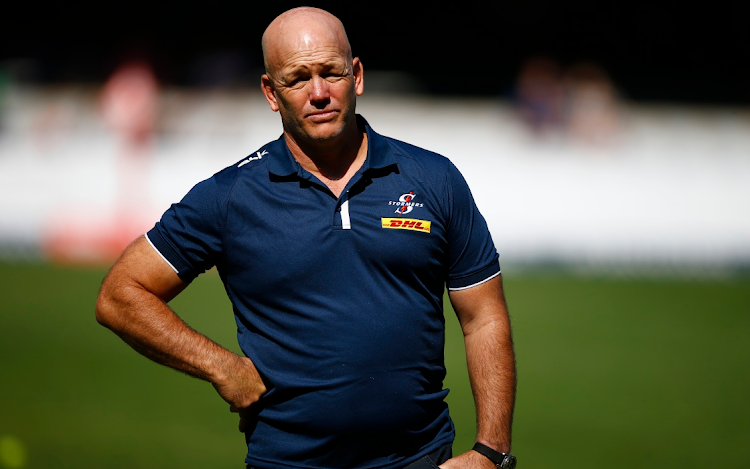 The traditional powerhouses will square off after semifinal wins over Ulster and Leinster‚ and due to the deep-rooted rivalry between the protagonists the match will hardly need hyping. The relationship has turned even frostier in recent times.

“I’ve got no doubt that is coming‚” said Dobson after his team’s semifinal win against Ulster. “And I’m sure we are going to read how lucky we are to be here and eating at the top table.”

Dobson said he will not allow his attention to drift from preparing his team for their first intercontinental final since 2010.

“The one good thing is we have so much for us to fix. It’s just technical. I don’t have to worry about these guys turning up. We have some big learning and that is what we will focus on this week.”

While the Stormers will not lack urgency or desire‚ their coach is keen for them to iron out the glitches that prevented them from hitting their straps against Ulster. They played in fits and starts and were willed over the line by their frenzied supporters at the end of the semifinal.

Dobson said his team drifted from script against the Irish side and their decision-making can improve.

Captain Steven Kitshoff admitted not kicking for goal in the 63rd minute of the semifinal when an easy three points were on offer was a decision he took unilaterally. “I was a bit hard-headed there as I felt another maul might have given us a penalty try.

“The call from the side was for us to go for poles. But I decided we should kick for touch. Unfortunately‚ it was a poorly executed kick from Manie [Libbok]. But we felt we were getting the upper hand at that stage. Fortunately‚ we got our momentum at the back end of the second half and it didn’t cost us.”

The Stormers made up the lost ground at the end‚ but the Bulls will be less forgiving.

The Stormers will also hope to profit more from their potent scrum in the final. While they may be relishing coming to grips with the Bulls in that department‚ their perceived superiority may be neutralised by a surface Dobson called “horrendous” after their semifinal.

Cape Town Stadium’s turf struggles to hold under the weight of the heavy men‚ and Ulster’s players early in the semifinal had difficulty staying on their feet. When they did‚ the visitors looked like a composed‚ well-drilled unit and destined to topple the hosts in the shadow of Table Mountain.

The Stormers‚ however‚ made a late impression on the scoreboard and on Ulster’s coach Dan McFarland‚ who believes the Cape side have what it takes to be the inaugural URC champions.

“Definitely. The final is here next week. They’re at home‚ the Bulls are sitting in Belfast wishing they didn’t have to travel. They are going to have to travel back now.

“They definitely can. They are both pretty well-rounded teams. It will be an exciting final‚” McFarland said.