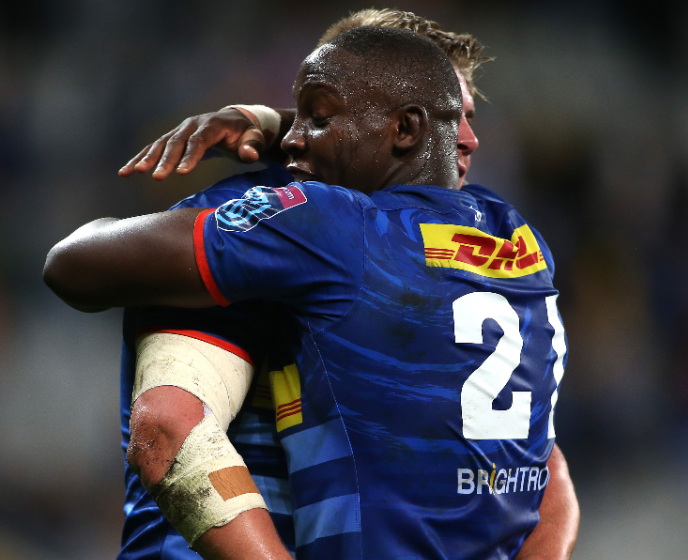 The Stormers reminded Edinburgh that they are indeed the kings of their castle in their United Rugby Championship (URC) quarterfinal at Cape Town Stadium on Saturday.

The hosts came into this clash with an eight-match winning streak at home (including one at Danie Craven Stadium) and the fortress they have created near the entrance to Table Bay again served them well against a team that should know a thing or two about high walls.

The hosts advanced to this weekend’s semifinal and a date with Duane Vermeulen and the rest of the Ulster team, who came desperately close to upstaging the Stormers in Cape Town with a depleted team earlier in the campaign.

As much as the Stormers will look forward to hosting them, the Ulstermen will relish the challenge.

In this weekend’s other semifinal perennial champions Leinster will hosts the Bulls in Dublin.

The Bulls face the real prospect of ending their URC campaign against the team they started with.

In front of an enthusiastic crowd in excess of 20,000, the Stormers beat off stoic and crafty opposition.

Their forwards helped put them on the front foot by coming to grips with Edinburgh, despite the strong SA influence of Pierre Schoeman and WP Nel at scrum time.

Loosehead prop Steven Kitshoff’s quiet, unassuming but assured captaincy has worked a treat for the Stormers and he received a rousing send off when he departed the field in the 75th minute.

Behind him the effervescent Evan Roos produced another barnstorming performance, while Hacjivah Dayimani’s ability to deliver dynamism and pragmatism is an underrated asset.

Apart from an average second quarter, the Stormers held the upper hand but they also deserve kudos for rearranging the deck chairs.

The ball was difficult to hold on to given the greasy conditions precipitated by the late kickoff time.

The Stormers gave an indication of their attacking prowess when they surged up the left flank through the tournament’s leading try scorer, Leolin Zas, in the first three minutes.

When the ball was recycled it was whipped to the left and though the move appeared to break down, Edinburgh failed to master the bouncing ball and Warrick Gelant was quick to react.

The visitors, to their credit, were undaunted and an Emiliano Boffelli penalty and a converted try from the back of a maul from hooker Dave Cherry levelled the score.

The remainder of the first half became a battle contested at close quarters, though the Stormers looked destined to retake the lead were it not for a timely ankle tap from Boffelli on Gelant. It meant the score remained deadlocked at 10-all at the break.

If there was the need to restart proceedings with a spring in their step, the hosts did just that with aplomb by doubling their halftime tally inside the first 13 minutes of the second half.

First they hit with a splendid try which saw Seabelo Senatla surge up the touchline before offloading to the inside to Ruhan Nel. A Libbok penalty stretched the lead but they were not done as a Roos try effectively killed off the contest.