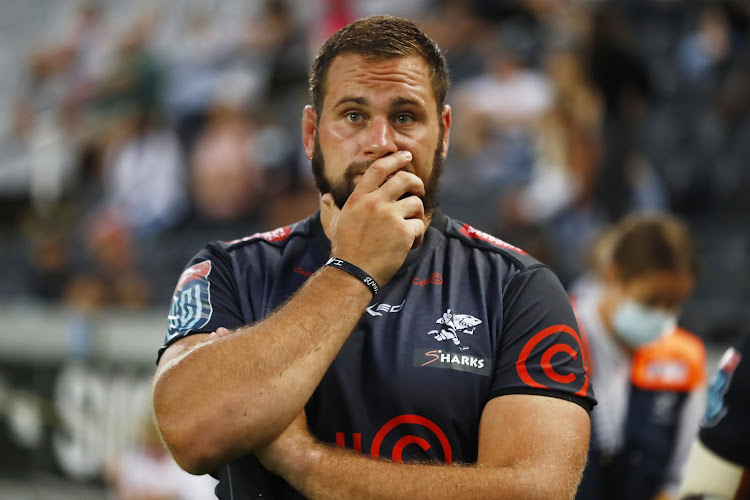 While the Sharks have dominated the Bulls in their previous two United Rugby Championship (URC) meetings, the Durban franchise’s captain Thomas du Toit urged his men to tread carefully in their quarterfinal this weekend.

The Bulls welcome the Sharks at Loftus Stadium in Pretoria on Saturday (1.45pm).

Jake White’s Bulls have been picked by many as favourites to book their place in the last four ahead of the unpredictable, Springbok-laden Sharks.

When the two teams met earlier in the URC round-robin format Du Toit’s side won 30-16 at Kings Park in December and completed a double over their rivals with a 29-22 victory at Loftus in February.

But the Sharks failed to secure a home quarterfinal when they lost away to Ulster in the final round of the group stage.

Du Toit has warned that the Bulls have improved over the course of the campaign and said the Sharks will definitely draw confidence from past results, but this is a new game.

“The Bulls have really got into their stride in their last two games, but I think we’ve been on the up from day one.

“Obviously there have been hiccups here and there, but we are really moving forward and bettering ourselves every week,” he said.

“It’s absolutely a difficult task for us and we recognise they might be the favourites, but that does put targets on their backs.”

Du Toit believes the clash is likely to go to the side able to win the power game, an aspect the Sharks have really impressed at.

“The Bulls have always had a good set piece and we are not taking anything away from them — it’s just about how much we can pressurise their set piece,” Du Toit said.

“That’s the area of the game we are all going to try and focus on, from their side and our side.

“Yes, the scrum is going to play a big role and we’ve definitely got some big rewards [from it], but this is a new game and they have been scrumming very well.

“We’ve definitely got a tough task, but I feel we’ve got good combinations especially from the front three and also our back three have been playing together for some time now. We are very much in sync, and I think the stats will show that.”