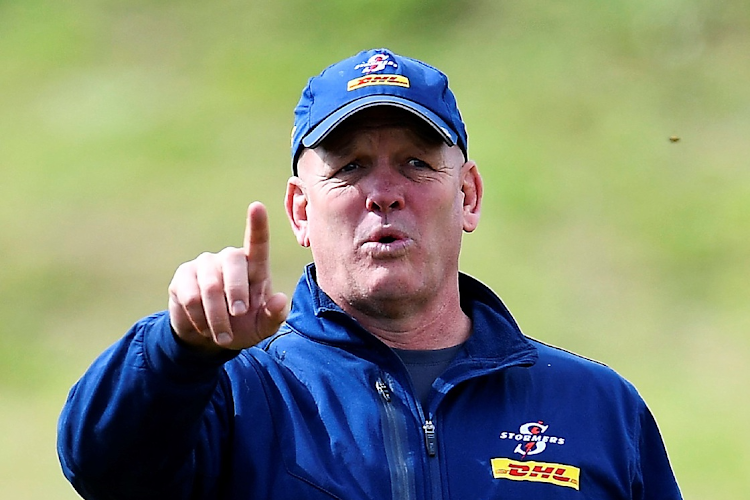 Stormers coach John Dobson did not hit the rewind button much when he pored over footage of his team’s 20-20 draw with Edinburgh earlier in the United Rugby Championship (URC).

That match took place on October 9 last year and Dobson is quick to point out that only nine players from his likely match-23 for this Saturday’s quarterfinal against the same opposition in Cape Town featured in that clash.

Moreover‚ the Stormers‚ like their three fellow SA sides‚ struggled abroad in the initial stages of the tournament. They all found their voice once they returned home as they surged up the points table.

The Stormers in particular have undergone a transformation as with increasing efficiency they blended the power and athleticism of their pack with the guile of a backline that seeks and explores space.

While Dobson is less likely to obsess about the stalemate in Edinburgh last year‚ he will much rather fix his gaze on their performances on tour in SA at the end of March and the start of April.

Edinburgh downed the Sharks 21-5 in torrential rain, but came up short 15-9 against the Lions at Ellis Park a week later. It is the latter result that Dobson finds more instructive.

“Probably the Lions game‚” said Dobson when asked from which contest he could glean more.

“Against the Sharks there was a lot of rain. We took a lot out of that Ellis Park game and I know there were a few controversial things‚” he said about a match that swung perhaps fortuitously the home team’s way in the latter stages.

“But for them [Edinburgh] to compete like that against a snorting Lions team that was on a high at altitude was quite something.”

Dobson finds something almost eerily familiar about Edinburgh. That is perhaps unsurprising given the number of SA-born players in their ranks.

“They’re a bit like the SA teams. They have a big pack with big props who want to scrum. But they also have X-factor with players like Darcy Graham. They’re not as system-based as the Irish teams who wear you down through phases. They are not dissimilar to the Bulls.”

Indeed‚ official competition statistics suggest the Bulls and Edinburgh are ranked second and third respectively in attack‚ while in the lineout Edinburgh are top with the Bulls second.

That the Stormers downed the Bulls twice says something about the potency of their scrum and their ability to unlock defences with backs that can step and offload.

Edinburgh coach Mike Blair is well aware of the task facing his team this weekend. “I believe they will be confident in the knockout stages given the way they’ve evolved,” he said.

Former Springbok Victor Matfield backs the Loftus crowd to tip the quarterfinal in the Bulls’ favour. The Bok legend believes the Bulls at home will be too strong for the Sharks in Saturday’s URC quarterfinal.