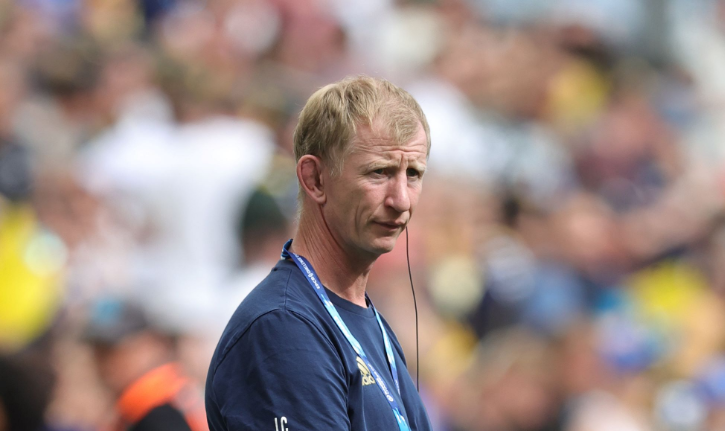 Leinster coach Leo Cullen and his team want, more than before, to claim the inaugural URC trophy. Picture: GETTY IMAGES

SA teams will have learnt a lot from watching French powerhouse La Rochelle beat Leinster in an epic European Champions’ Cup final on Saturday, not the least that the United Rugby Championship (URC) favourites are not invincible.

La Rochelle’s win will have stunned Leinster’s faithful, and much of European rugby, but it also opened a door to other teams to know that while Leinster are incredibly strong, there are cracks that can be exploited.

The one thing all teams know is that to get to the URC title they will have to beat Leinster at some point.

But what La Rochelle showed on Saturday is that Leinster, for all their success and impressive systems throughout, are not unbeatable.

SA coaches in particular will have taken notice of that, and not least Danny Wilson from Glasgow Warriors, whose side will face Leinster in Saturday’s quarterfinal.

The Warriors will, like all other teams in the competition, be wary of a Leinster backlash, but they will also take note of how La Rochelle outscored Leinster three tries to nil, were dominant in the set pieces and made the side with the fastest ruck reload in the competition look as if they were slow off the mark at times.

The La Rochelle blueprint for victory may have come through courage and determination, but it showed a bunch of teams in the URC that Leinster can be beaten, if they can muster the will and determination to play the right game against them.

That may be easier said than done. There is no doubt Leinster are hurting in coming so close to claiming a fifth European star but failing near the end.

Leinster will want now more than before to claim the inaugural URC trophy, and will know that by finishing top of the log they will play at home in their famed Aviva Stadium where they are hard to beat on any given day.

That Ronan O’Gara, a former Munster and Ireland legend, ruined their dream of that fifth star and now boasts two wins against them (La Rochelle beat Leinster in the semifinal in 2021) will make it hurt even more when they regather this week to shift their attention to the URC.

Their coach, Leo Cullen, described the loss as “sickening”. It is clear that the hurt will be channelled into their preparations this coming week.