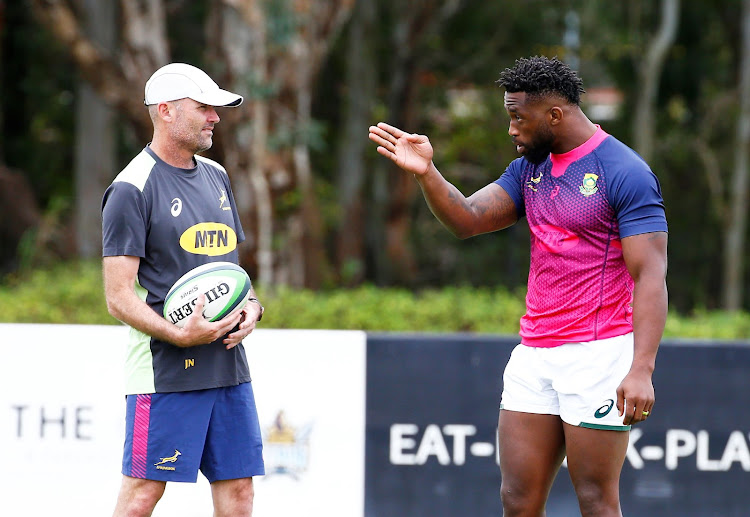 The Springbok rugby machine is being oiled with precision as it gears up to face a Welsh side that will be breathing fire when they try to topple the world champions in their own backyard.

With fans being allowed back into stadiums, it promises to be an emotional return to action for Bok skipper Siya Kolisi and his troops, who were forced to play all their home Tests in a Covid-19 bubble in 2021.

SA Rugby president Mark Alexander says he will continue to try to persuade the government to fully throw open the stadiums. “We are lobbying to get 100% fans in the stadiums because it is important for us.”

Bok coach Jacques Nienaber has been making sure the coaching staff and players are on the same page by holding a series of alignment camps ahead of the international season. The first was in Durban in April, before they headed north to meet a few overseas-based players, and ended with a five-day camp in Cape Town last week.

Nienaber and his assistant coaches touched on several on- and off-field aspects that will be important for the forthcoming season, and with an eye on the 2023 Rugby World Cup in France.

The Boks kick off their 2022 season with three Tests against Wales in the Incoming Series before heading into the Rugby Championship, where they will line up against the All Blacks in back-to-back home Tests. This will be followed by a tour to Australia and Argentina.

They will then return home for their final Test against the Pumas in Durban in September.

“We are satisfied with the alignment camps and believe these sessions will be beneficial to ensure a smooth return to the training field before the three Tests against Wales,” Nienaber said.

“The first alignment camp in Durban touched on the team’s programme this season and in the lead-up to the World Cup in France, as well as a broad overview of what worked last season and what we can improve on.

“I’m very happy with the players’ enthusiasm and their desire to keep learning and fine-tuning the areas of their game that could make a big difference in the quality of our rugby.”

Nienaber said the next step for the coaches would be to select a squad within the next few weeks for their training camp in Pretoria from June 6, where the squad will remain until the conclusion of the first Test against Wales at Loftus Versfeld on July 2.

“With the alignment camps now behind us we will turn our attention to selecting a national squad before the end of the month and ensuring that we plan as well as possible for our upcoming training camp,” he said.

“These three back-to-back Tests in turn will lay an important foundation for our Rugby Championship campaign, so it is vital that we get the minor details right from the outset.”

Fellow centre praises departing colleague’s leadership, but says it’s a chance for someone else to fill his boots
Sport
3 weeks ago
Next Article