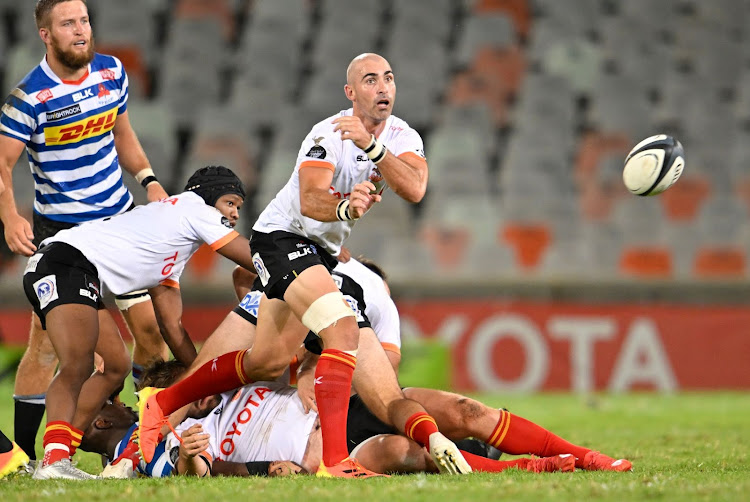 During a barnstorming run of seven wins on the bounce in the Carling Currie Cup, the calm head of evergreen Cheetahs skipper Ruan Pienaar has been crucial, Cheetahs coach Hawies Fourie says.

The latest in the Bloemfontein side’s impressive sequence of wins came at the Cape Town Stadium when the Free Staters scored an impressive 28-21 come-from-behind win over Western Province.

It was veteran 38-year-old Pienaar who was again a catalyst in his team’s win.

“Ruan is a special person and player,” Fourie said. “He’s got all the skills and a calm head on his shoulders.

“Everyone in the team knows that if Ruan talks, you must listen and he will talk sense. You’ve got to step up and do what he asks, and it’s great to have a leader like him in the team.”

Another veteran to shine for the Cheetahs was Frans Steyn, who walked off with the man-of-the-match award.

“Frans didn’t have a great first half and there was a time there where I thought I might have to make a change,” Fourie said. “In the second half he carried well and got the gain line for us and kicked a lot better.

“It’s difficult in this stadium with the wind swirling and we’re not used to it, so it took him some time to adapt.

“The most important message for the team was our discipline. We conceded 12 penalties before halftime and only got three. You can’t play without the ball and we just concede penalties all the time.

“I told the guys we were against the ropes at halftime, but we showed a lot of character to pull through,” Fourie said.

He said there were plans for the Cheetahs to return to international rugby after they were booted out of the Guinness Pro14 in 2020 alongside the liquidated Southern Kings.

A top-level meeting later in April could see the Cheetahs return to international competition in Europe by way of the United Rugby Championship B Division.

“They will call it the United Rugby Shield,” Fourie said. “We have been promising since December 2020 that this will happen and it is now two years down the line.

“It looks promising. We really hope it will materialise and they will finalise it at the end of the month.”

In the meantime, the Cheetahs have made winning the Currie Cup their priority.

After seven games, the Free Staters are in second place on the log with 31 points.

The Bulls, who have played one match more, are on 32 points, while the Sharks fill third place on 24 points, with Griquas four points behind the coastal side.

The Pumas had a bye and remain fifth on 15 points and are followed by Western Province (one win from eight matches on nine points), and the Lions with three points and wins to their name.

In the next round on May 6 and 7, the Lions host the Cheetahs in Johannesburg, the Pumas travel to Durban to take on the Sharks, and the Bulls face Griquas in Pretoria.

Stormers have their eyes on Champions Cup