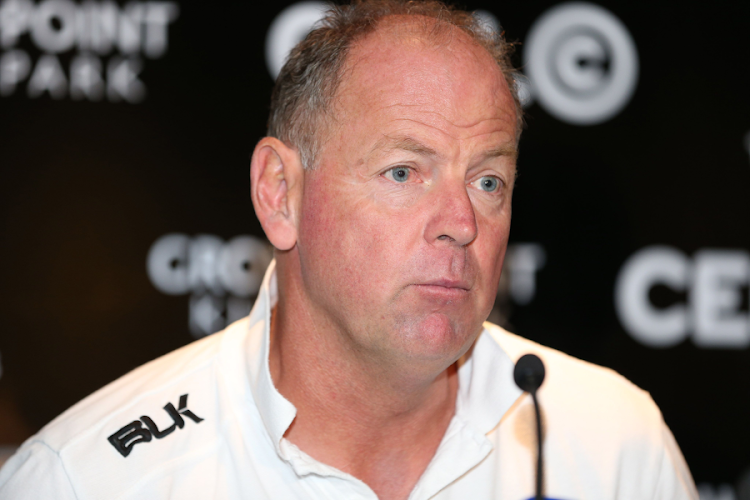 Bulls coach Jake White insists his team is still in the hunt for conference honours after they lost 19-17 to the Stormers in a tense‚ stop-start United Rugby Championship (URC) clash at Cape Town Stadium on Saturday.

The win gave the Stormers a precious buffer over their traditional rivals‚ but the Bulls‚ in scoring a late try through Elrigh Louw‚ earned a losing bonus point that may prove valuable in the final analysis.

Though the Bulls lost ground they perhaps have the more favourable run-in to the end of the league stages. The Stormers and the Sharks are yet to play tournament pacesetters Leinster.

This was a defeat that will sting White‚ whose team has lost home and away to their old foes in the URC.

“It is difficult to play the Stormers in Cape Town. At least we got a losing bonus point and we are still alive and that is obviously crucial‚” White said.

What would have disappointed the coach was his team’s inability to summon the same energy and vitality that was on show in the four matches leading up to this one. To be fair‚ that was at home and at altitude.

Despite the toil of flank Marcell Coetzee‚ and to a lesser extent No 8 Louw‚ the Bulls were unable to deploy their momentum-based game that relies on their heavy carriers pounding the gain line.

Though the Bulls were able to blunt the Stormers’ attacking ambitions for much of the first half‚ the home side gradually gained the upper hand in the tight exchanges.

“At times we looked a bit disorganised‚” White admitted. “They put us under pressure from first phase and in the line-outs as well. They changed their defensive pattern off their line-outs. They caught us a little bit.

“We couldn’t get any rhythm. They were very good at the breakdown. When we did get the ball we could only keep it for a few phases.”

Without proper front foot ball and a Stormers defence that suffocated the Bulls’ ball carriers‚ the visitors resorted to an aerial game that dictated halfbacks Zak Burger and Chris Smith send the ball skyward in the hope of a favourable outcome. The Stormers were happy to reciprocate and the Bulls would have been emboldened by that tactic when wing Madosh Tambwe towered high‚ which allowed Burger to scoot into space that resulted in a try for Canan Moodie.

That‚ as was the case with Louw’s try inside the last 10 minutes‚ brought them closer to the Stormers, who always looked a step ahead.

Louw’s try came after a late flash point in the game when Stormers flank Hacjivah Dayimani delivered a high tackle on Kurt-Lee Arendse‚ who was closing in on the try line. After the match, officials seemingly wore out the replay button in their review of the incident and Dayimani was shown a yellow card. White had reason to raise an eyebrow.

“How do you get a yellow card for a head high tackle with an open try line?” White wondered.

He conceded the colour of the card mattered little as the Bulls’ fate had been sealed by then.

“The reality is it was never going to change the result.”

While most of the 11‚000 fans would have been pleased with the result‚ the clash hardly lived up to the prematch hype. The teams sized each other up for much of a cagey first half‚ while the procession of aerial kicks in the middle third of the game gave those in attendance little cause to rise to their feet.

Aesthetics and artistic impression is not part of White's lexicon.

“It was a great advert because the game was in the balance. North and south derbies are always like that.

“You are never going to get a blowout when it is all or nothing.”

Stormers coach John Dobson said: “We wanted to produce a champagne game because the people are back in the stadium [after Covid-19 regulations have been relaxed] but it was too tight.”