Lukhanyo Am is the best centre in the world, Sharks coach says 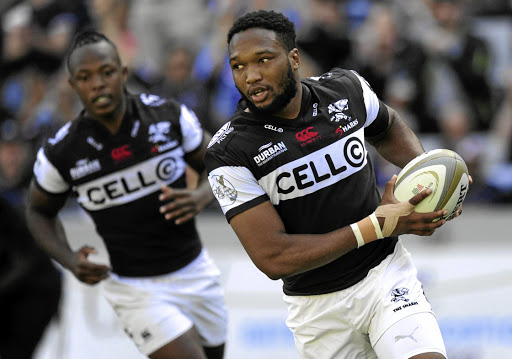 “I am totally convinced‚” was the unequivocal response from beaming Sharks coach Sean Everitt when asked if Springbok star Lukhanyo Am is the best centre in the world.

Over the past few years Am has formed a storming partnership with Damian de Allende for the Boks to draw glowing comparisons to previous powerful Bok midfield pairings such as De Wet Barry with Marius Joubert and Jean de Villiers with Jaque Fourie.

Am‚ named the man of the match in the Sharks’ 29-22 United Rugby Championship (URC) win over the Bulls at Loftus on Saturday‚ capped a fine performance with a stunning solo try just before the break.

“We do have the best centre in the world‚” Everitt said after the win, which kept them in the hunt for a place in the knockout stages.

“The try he scored just before halftime and the steal towards the end of the match are moments that take the wind out of your sails. When he plays at 13 he is probably one of the best players on the field‚ and when we play him at 12 he has been one of the best on the field.

“If you go back to the days when he used to play wing for the Kings‚ he was probably the best on the field.”

Am is 28 years old and Everitt expects him to continue to improve in the coming years because of experience and maturity.

“It is hard to say [how he is going to be in the coming years] but every time he puts on the Sharks or the Springbok jersey he seems to make magic. He is an unbelievable rugby player. I think what happens with age is that you make better decisions whether on attack or defence.

“You execute a little better because you understand the game more because you have experienced situations more often. You get it right and he certainly got that. One will have to wait and see whether he will lose his pace when he gets older but he is certainly in fine form at the moment.”