Bosch will try to dictate the pattern of play against WP 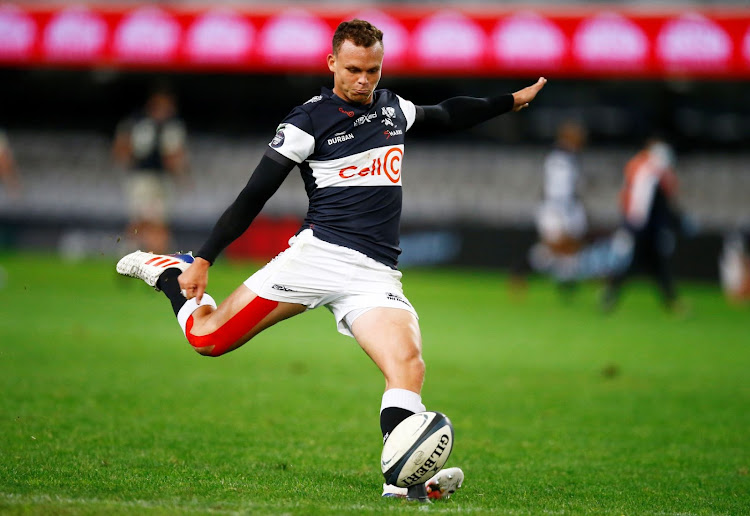 Curwin Bosch will welcome an opportunity to shine when he plays for the Sharks against Western Province in Durban. Picture: STEVE HAAG/ GALLO IMAGES

Curwin Bosch will be pulling the strings at flyhalf for the Sharks when they face Western Province in a Carling Currie Cup clash at Kings Park in Durban on Wednesday night.

After dropping down the pecking order and also struggling with a hip problem, Bosch will welcome an opportunity to shine and put himself in line for a call-up to the Sharks’ United Rugby Championship (URC) squad.

Marius Louw will lead a relatively experienced Sharks side brimming with talent and hungry for the log points on offer at their home ground.

The Durban side has been bolstered by the inclusion of No 8 Sikhumbuzo Notshe, who makes a return to the playing field after suffering a knee injury.

But new recruit Eduan Keyter, who made his debut against Griquas in the opening match of the competition, will sadly be out of action due to a long-term injury.

His place on the wing is taken by Marnus Potgieter, who shone for the Sharks in their overseas leg of the URC.

Flyhalf Tim Swiel will captain Western Province in their first away match of the campaign.

There is an all-new Western Province back three with Sergeal Petersen at fullback and Leolin Zas and André Manuel on the wings.

Up front, the experienced Ali Vermaak comes into the starting front row while David Meihuizen makes his return from injury in the second row.

Western Province head coach Jerome Paarwater said that after the short break his team were keen to show they could  perform away from home.

Meanwhile, the Bulls have named a strong side to take on the Cheetahs in another Currie Cup clash at Loftus Versfeld in Pretoria on Wednesday.

Bulls coach Gert Smal has selected a team with a balance of youth and experience which will see the centre pairing of Cornal Hendricks and Stedman Gans.

Teenage flanker Cameron Hanekom will earn a starting berth at blindside flank where he will partner with WJ Steenkamp on the openside and Muller Uys at No 8.

“The team had a week’s break after the opening two matches of the Currie Cup season where we have had an opportunity to work on areas we felt we needed to improve,” Smal said.

“We now have the tough task of facing a dangerous Cheetahs team whom we know will give us a good challenge.

“We expect the side from Bloemfontein to come to Loftus Versfeld highly motivated, and they will give us both a physical and running game on Wednesday night.”