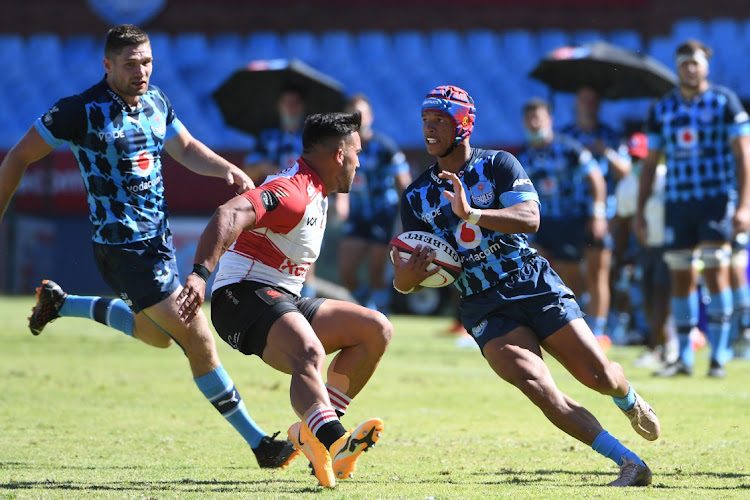 Lions and Bulls to face each other in URC clash at Ellis Park. Picture: Lee Warren/Gallo Images

The Bulls and the Lions will renew their rivalry in a United Rugby Championship (URC) encounter expected to sizzle with tension at Ellis Park on Saturday.

They go into the match on the back of defeats, with the Bulls having gone down to the Stormers in Cape Town, while the Lions lost to the Sharks in Johannesburg last weekend.

Looking ahead to what is expected to be a bruising cross-Jukskei encounter with bragging rights also at stake, veteran Bulls prop Jacques van Rooyen said they want to bounce back to winning ways.

“We were disappointed with the performance last weekend,” Van Rooyen said about defeat to the Stormers. “The Stormers played well and started well. We took a good, long hard look at ourselves and the way we wanted to play. We did not get to do that in that game.

The 35-year-old Van Rooyen, who started his career at the Lions and spent his first five years of professional rugby at Ellis Park, knows what to expect from the Johannesburg-based side.

“We know the Lions, for the past few years, have had a good scrummaging pack and they like to attack you on your own ball as well as their own feed. We know every scrum will be a battle.”

Given the nature of the rivalry, Van Rooyen is expecting a tough match but is confident the work the Bulls have put in at training for the derby will put them in good stead.

“Since I have been at the Bulls we have not had an easy game against them. Ellis Park has been a tough ground for us to go play at. Their style of play, the tempo they play at and the coaches they have brought in, you can see they are a lot more aggressive on defence. So we know that is coming because they have an organised defence.

“We have been working hard on what we want to do better. We want to make sure we come to the party, ensure we secure our ball and put them under pressure on their own feeds.”