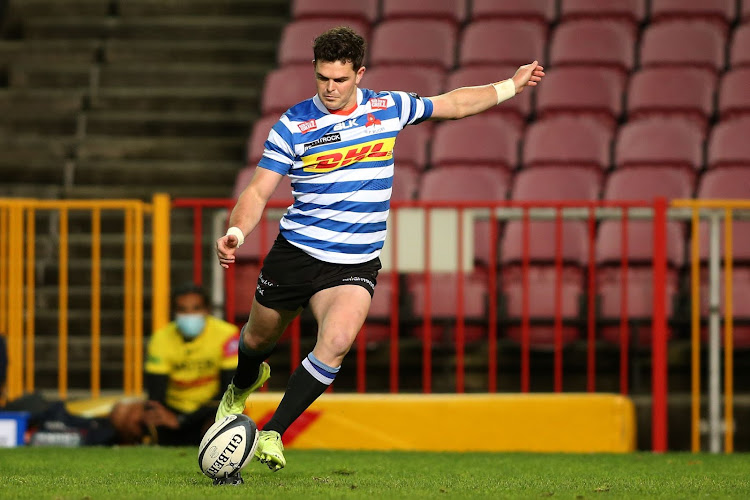 Western Province will attempt to find a balance between an expansive brand and a conservative kicking style when they begin their bid for Carling Currie Cup glory against the Lions in Cape Town on Saturday, assistant coach Nazeem Adams said.

It is expected WP will try to imitate the style of rugby played by the Stormers under their head coach John Dobson in the United Rugby Championship (URC).

“Everybody wants to win the title,” Adams said. “Province has a fantastic record in the Currie Cup and we are a proud union.

“Winning will be on top of our list. We are also looking at developing players, but with the Currie Cup and URC running at the same time we want to give some game time to the senior players.

“The game plans of the Stormers and WP won’t be 100% the same. There’s a certain framework that we all operate in, but within it there’s much room to try out certain other things. Some things will be similar, other aspects won’t necessarily,” Adams said.

“We have to keep in mind the Currie Cup is a different competition and the team needs to try out different stuff.

“I think we need to find the balance between the expansive and conservative kicking style of play. But, obviously, we want to go back to the traditional Province rugby.”

Flyhalf Tim Swiel, who can expect game time in both the Currie Cup and URC, said an attacking brand of rugby was on the cards for the Currie Cup.

“The environment has been serious, but at the same time the guys have pitched up and have been allowed some freedom during the sessions,” he said.

“When you’re training for the URC, it’s very intense and defensively orientated at times. So it’s been nice to rock up for Currie Cup training and experience the almost old-fashioned environment of practising for an attacking style of play.

“The coaches are really pushing the Western Province brand. Pushing ball in play and things like running with the ball in our own half. I’m really excited for that.

“I don’t see this as playing either URC or Currie Cup. It’s an opportunity for all of us to just experience the ‘swagger’ or freedom back for the new year,” Swiel said.

The Stormers will start 2022 with URC derbies against the other three SA teams before facing European opposition.

Scheduling for the URC up to round 17 has been completed with adjustments made to cater for postponed and rescheduled fixtures.

The round-10 fixtures involving SA teams, which had been due to take place in Ireland and Italy on the weekend of January 7 and 8, were rescheduled to the final weekend of February to avoid further rescheduling in the immediate calendar.

The Stormers resume their URC campaign with a match against the Bulls at Loftus on January 22.

Blitzboks will keep foot on the pedal in Spain, says Visser

KEVIN MCCALLUM: Look out World Rugby, Rassie’s coming for you!

The indefatigable coach has not collapsed in a heap of self-flagellation during his ban, writes Kevin McCallum
Sport
5 months ago