All hands on deck for Stormers, Western Province 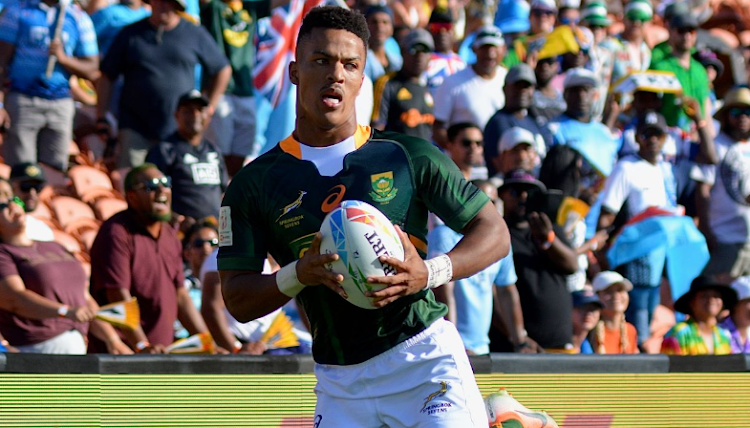 The Stormers’ hopes have been given a boost by the signing of Springbok Sevens star Angelo Davids. Picture: GALLO IMAGES/DAVID VAN DER SANDT

It will be all hands to the pump for the Stormers and Western Province when they compete at the same time in two competitions giving everyone valuable game time, Stormers head coach John Dobson says.

The realignment of the SA domestic rugby calendar because of SA’s participation in the United Rugby Championship (URC) will stretch playing resources to the limit.

The Currie Cup kicks off on January 14 and the URC resumes after a break on January 22. Both Cape Town squads have returned to training determined to hit the ground running.

Dobson said the players and coaching staff were determined to bounce back strongly from their disappointing defeat against the Lions in their final URC game in 2021.

“That was definitely not the way we wanted to end the year,” he said. “It was obviously a very challenging time with the uncertainty around the match.

“The last-minute disruptions to the team and the Covid-19 issues we had in the squad meant we could not train as we would have liked to in the week.

“Everyone is determined to get back to playing rugby our supporters can be proud of. The Stormers want to build on the promising signs we showed on our European tour.  We will be working very hard after the break to ensure we are at our best when the competition starts again,” Dobson said.

While it would be a serious challenge, he was looking forward to having both teams in action at the same time.

“There are many players in our system who have lacked game time over the last two years, with only one team playing at a time,” he said. “With both squads in full competition mode, we will be able to have a close look at how everyone is performing under pressure, which should lift the standards across the board.”

The Stormers’ hopes have been given a boost by the signing of Springbok Sevens star Angelo Davids. He has confirmed his short-term intention to make a go of it in the 15-man code by signing a two-year contract with Western Province that will make him available to play for the Stormers in the URC.

Davids impressed in WP and Stormers colours during the 2020 season that was so severely truncated by Covid-19 before deciding to focus more on Sevens in 2021.

WP head coach Jerome Paarwater said the way the two squads work together will be key.

“Every player in our squad will want to do the blue-and-white hoops proud in the Currie Cup,” he said. “But they will also be pushing hard for an opportunity with the Stormers, so there will be no lack of motivation.

“It will be important for the two coaching teams to work together to ensure we are all singing off the same sheet and, if players do move between teams, that there is a seamless transition.”

Paarwater, a former WP loose forward, has been part of the union’s coaching structures since 2003. In 2007 he was the Stormers forwards coach and went on to be head coach of the WP team in the Vodacom Cup.

Sharks’ Fynn to take a bite at Currie Cup

The former Bok prop has been appointed coach, with Warren Whiteley named one of the assistants
Sport
1 month ago
Next Article