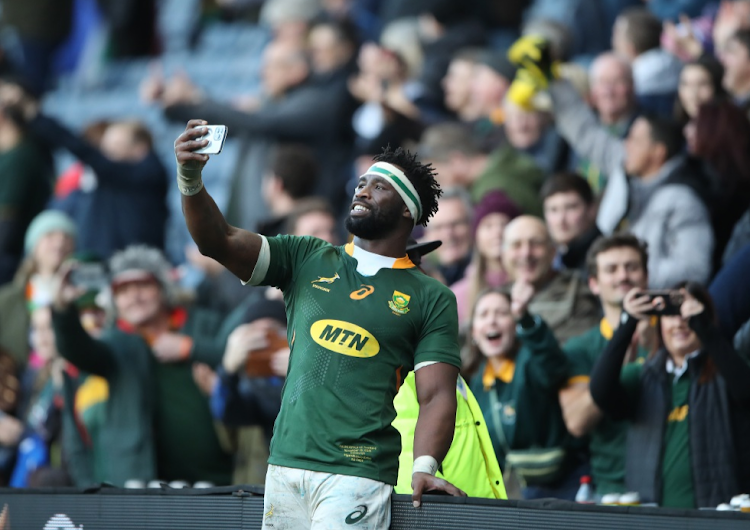 Captain Siya Kolisi is one of the five Springbok players who have been included in the World Rugby Dream Team. Picture: GETTY IMAGES/IAN MACNICOL

Springbok stars Siya Kolisi, Eben Etzebeth, Lukhanyo Am, Makazole Mapimpi and Malcolm Marx have been named in the World Rugby Dream Team of the Year.

They were among the crucial players for the Springboks during the long season that included the British & Irish Lions, the Rugby Championship and the end-of-year tour to Europe.

Marx (hooker), Etzebeth (lock), Kolisi (captain and flank), Am (centre) and Mapimpi (wing) are part of the dream team that also features four players nominated for World Rugby Player of the Year.

With five representatives, the Springboks contributed the most players to the dream team. They are followed by the All Blacks with three and the Wallabies, who have two, while Scotland, England, France and Wales have one each.

“To contribute a third of the World Rugby Dream Team not only underlines how good the Springboks performed in a very difficult season, but also how our individual players rose to the occasion — and this is true for more than just these five,” said SA Rugby president Mark Alexander.

“It’s certainly a well-deserved accolade in what was an important season for the national team after a long absence from international rugby due to the Covid-19 pandemic.

“The competition for this award was tough, and for a handful of our players to be in the mix in a year in which they finished the season as the top team in the world makes this an even more notable achievement.

“Sincere congratulations to Siya, Eben, Malcolm, Lukhanyo and Makazole for this significant recognition.”

“The entire Springbok team and coaching staff are delighted for the players. It is a fantastic achievement and shows the class and skill level of the players we have within our squad and country. We all share in their excitement.”

Another big day awaits the top players on Friday when the SA Rugby Player of the Year nominees, with the shortlisted players for other awards for the 2021 season, will be named.