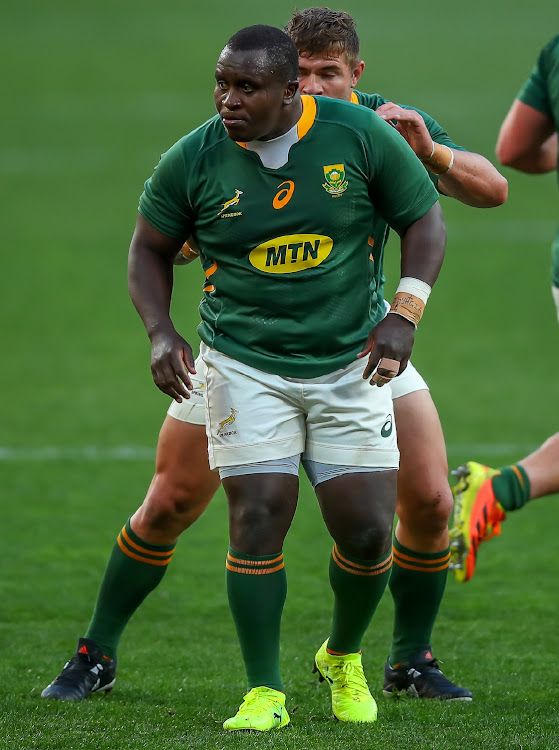 Springbok prop Trevor Nyakane is off to France on a megabucks deal, given what Racing 92 were prepared to pay for his release.

Nyakane, one of the star performers in the Springbok team this season, had been contracted to the Bulls until 2023, but the Parisian club reportedly parted with $310,000 (about R5m) to secure his release.

Head coach Laurent Travers told AFP the club was looking for a player to replace George-Henri Colombe, who is leaving for La Rochelle. He said they want an experienced player to help guide younger players and pack down on either side of the scrum.

Props, particularly tighthead props, are greatly valued in France, and clubs are often prepared to break the bank for a frontranker big in stature. Nyakane will be well compensated in Paris.

Nyakane’s move could be of huge benefit to the Springboks. The experience he builds in the next two years against world-class props in the Top 14, before the 2023 World Cup in France, will be invaluable.

Nyakane, who was injured early during the Springboks’ successful 2019 RWC campaign in Japan, became one of the mainstays in the Bok team this season, playing in 12 of the team’s 13 Tests. The only Test he missed was the first, against the Wallabies in Gold Coast.

He was in the starting line-up in nine of the 12 Tests this year and started six at tight-head. He has played in 54 Tests, bringing up his half-century against the All Blacks in Townsville earlier this year.

Springbok Handré Pollard is reportedly also on the move. He is heavily linked to a transfer from Montpellier to Leicester Tigers at the end of the European season.

Inclusion of fellow Boks Orie and Moerat will make a difference against Zebre in Cape Town, says assistant coach Hlungwani
Sport
8 months ago
Next Article