The inclusion of fellow Boks Orie and Moerat will make a difference against Zebre in Cape Town, says assistant coach Hlungwani 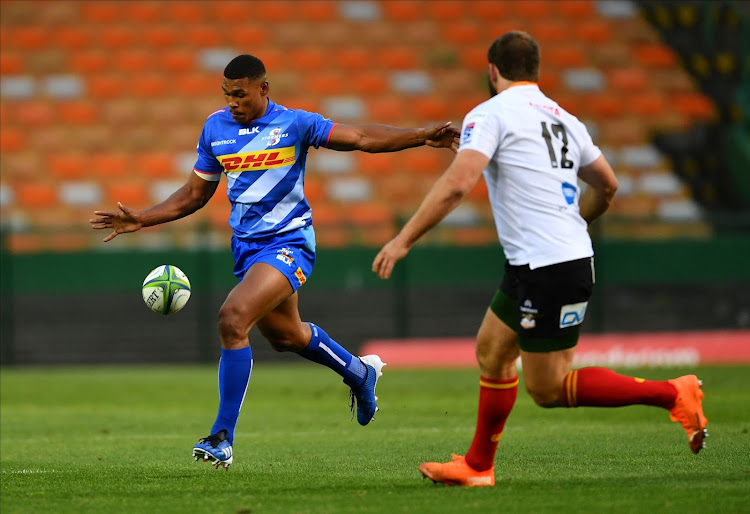 After concussion denied him an opportunity to strut his stuff for the Springboks on their UK tour, dashing utility back Damian Willemse is set to make his comeback for the Stormers against Zebre on Saturday.

Bok locks Marvin Orie and Salmaan Moerat are also back for what promises to be an entertaining United Rugby Championship (URC) clash at Cape Town Stadium (kickoff 3pm).

Willemse has recovered from the concussion he sustained during the Boks’ Test against Wales and is available for Saturday’s clash.

After winning once and drawing one of the four games they played on their European tour, the Stormers are looking to make home-ground advantage count when they play on SA soil for the first time in the URC.

Stormers assistant coach Rito Hlungwani said the return of the Bok trio would be a big a boost for his team.

“As you know, Salmaan and Marvin were both touring with the Springboks,” he said. “They came back, so they will be available for us this weekend.

“Damian Willemse is also available for us. It’s quite exciting to have Salmaan and Marvin there. They are very different players.

“Marvin is very experienced when it comes to line-outs. He’ll give us a good buffer there and he hasn’t played in a while, so we just hope he’s not rusty.

“But if he is we’ll make sure we train well so he’s nice and ready come Saturday. It also gives us a bit of room when it comes to substitutions.

“Deon Fourie left our European tour early, he’s still out. Sazi’s [Sandi] got a bit of a niggle around his knee and is not up for selection this week.

“Chad [Solomon] has been training for the past couple of weeks. He’s slowly getting back to full fitness. It’s been great to have him back. [David] Meihuizen is still out, so he’s not available for selection this weekend.”

The Stormers top the SA Shield and lie 12th on the overall URC table. Zebre are bottom of the standings after losing all five of their games.

Hlungwani said the Stormers would not make the mistake of underestimating the Italians.

“If they’re going to bring something else, I’m sure we’ll be able to adapt. In terms of preparation, we’ve looked at all the URC  games and friendlies they’ve played. That has given us a lot of information and helped us prepare well for them.”

Stormers head coach John Dobson said his side would rise to the next challenge in what had proved to be a tough start to the URC. “It has been a long time since we had the faithful in the stands and the game against Zebre will be the first with fans at our new home, the Cape Town Stadium,” he said.

The Stormers will name their team on Friday.