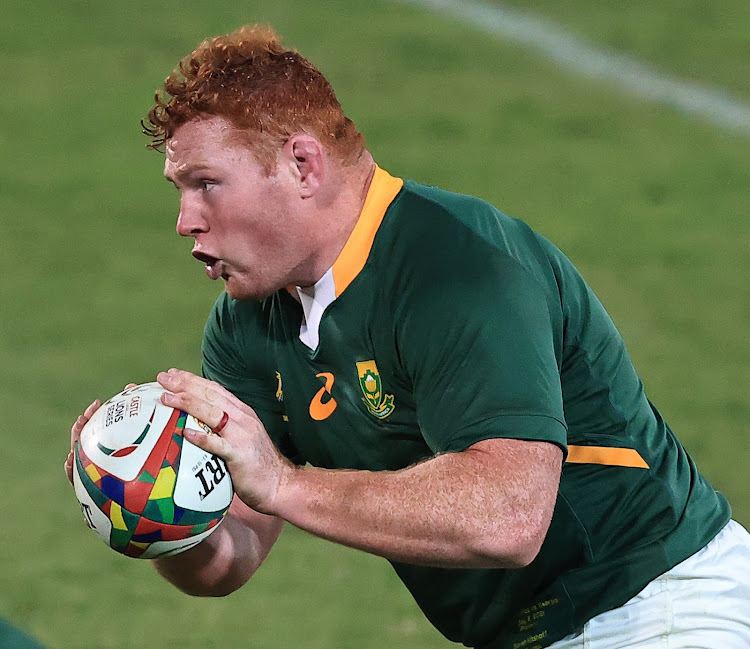 Prop Steven Kitshoff says SA are looking to finish a challenging season on a high with an autumn international series victory over England at Twickenham on Saturday that would keep them top of the world rankings going into 2022.

The Springboks beat the British & Irish Lions in a bitterly contested series earlier in 2021, but then disappointed in the Rugby Championship before a win against New Zealand at the end of that competition. That was followed by subsequent victories over Wales and Scotland.

The world champions have won 14 of their previous 18 Tests against the English, including their last meeting, a 32-12 victory in the Rugby World Cup final two years ago.

Kitshoff says they will brace for a backlash from the home side this weekend.

“England is always a tough physical game. They can kick or play with the ball in hand, and have a great set-piece. We don’t really look at past results and just focus on the game at the weekend,” he said on Monday.

“They have a very good contesting system. They have a good pack and a nice attacking brand with ball in hand. We know the challenges, but we also know their weaknesses.”

Kitshoff is a member of the Boks’ so-called “bomb squad”, the powerful forwards who come off the bench to wreak havoc in the second half.

It means he has rarely started in recent times, but he enjoys his role of “finisher”.

“There’s pride in being part of the bomb squad. We know our role, what we need to do, and everything is planned out exactly during the week. I have no preference if I start or come off the bench.”

The prop says there is still plenty left in the tank despite the Boks’ arduous season, and holding on to the No 1 spot in the rankings is a major source of motivation.

“It has been a tough, long year, but there is a lot of energy in the camp to get a good result. It is an important game for us to keep our No 1 spot in the world rankings until the international season starts again next year.”

While Kiwis have young players and may yet develop into a great team, they are average
Opinion
7 months ago