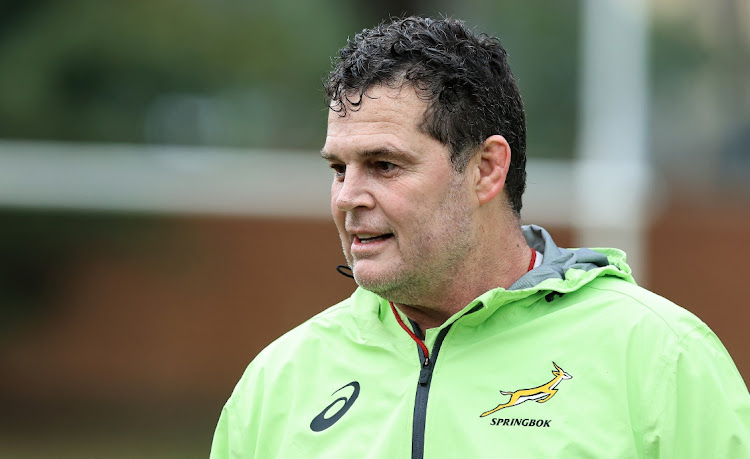 Rassie Erasmus, SA Rugby’s director of rugby, will resume his “normal role” on the Springboks’ end-of-year tour, according to coach Jacques Nienaber.

Erasmus, who did not travel with the team to Australia for the Rugby Championship, will tour Wales, Scotland and England, though he and SA Rugby face World Rugby on misconduct charges at the end of October.

Erasmus and SA Rugby were charged by the world governing body after Erasmus produced an hour-long video criticising match officials after the 22-17 Springbok defeat in the first Test against the British & Irish Lions in July.

The Springboks will spend a week in France before travelling to Cardiff on October 31.

Nienaber confirmed Erasmus would be resuming his normal duties but did not specify whether he will join the squad before or after the hearing.

Depending on the outcome of the hearing, Erasmus could, among other things, resume the water-boy duties he performed much to the chagrin of Lions coach Warren Gatland during the Lions’ series. Coaches are not supposed to perform water-carrying duties but Erasmus is not officially part of the Springbok coaching group.