She continues to go places and break down gender barriers 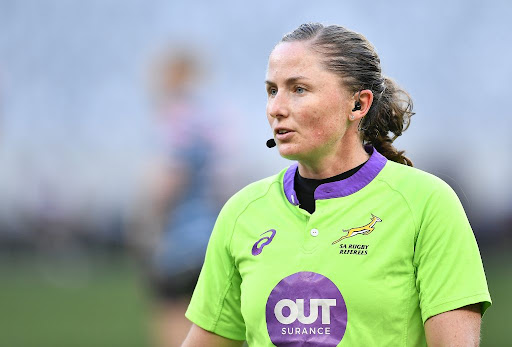 Aimee Barrett-Theron will chalk up another milestone in her career when she takes charge of the United Rugby Championship (URC) match between Benetton and the Ospreys in Treviso this weekend.

The former national team player will be the first woman to take the whistle in the newly formed URC, but she is the third behind Ireland’s Joy Neville and Scotland’s Hollie Davidson who had officiated league matches in PRO Rugby, this competition’s forerunner.

The biokineticist, who picked up the whistle in 2014, quickly got into her stride as a match official. She officiated at the Rio Olympics and later that year was named on SA Rugby’s national panel, the first woman to be elevated to that list.

Soon after she made her Test debut as a referee, when she was the 31st person on the field when Japan clashed with Fiji. She has officiated in the Six Nations and the 2017 Women’s Rugby World Cup and has overseen a total of 18 Tests.

Barrett-Theron’s compatriot Marius van der Westhuizen is also in action in the URC this weekend. He takes charge of the match in Dublin between Leinster and the Scarlets.

Elsewhere in round four of the URC, the Lions will clash with Ulster on Friday (8.35pm), the Stormers play the Dragons in Newport at the same time, the Bulls meet Edinburgh on Saturday (6.15pm), while later the Sharks are in Cardiff for their meeting with the Blues (20.35pm).

Lions ready for whatever comes their way in URC