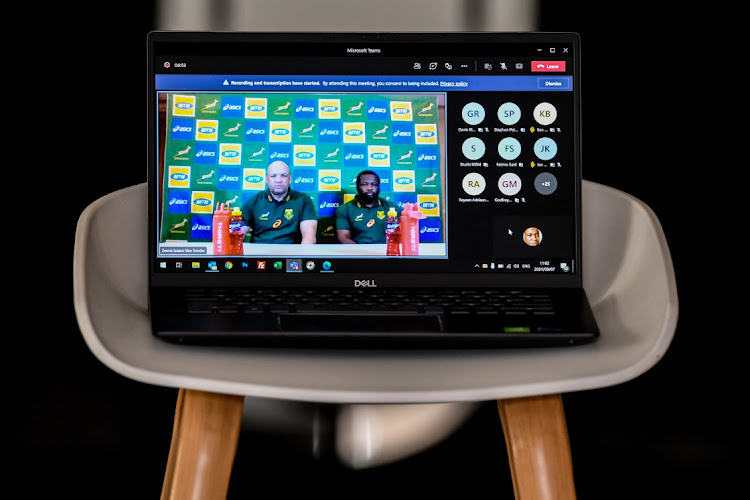 With 12, if not 13,  players who started the Rugby World Cup (RWC) final in the Springboks’ likely team to play the Wallabies on Sunday‚ they have reason to crow about continuity in selection and depth in their squad.

Assistant coach Deon Davids was keen not to overstate the comfort they draw from that familiarity‚ but it was a point worth making in an online media conference ahead of their clash against a Wallabies team in the throes of a rebuild.

The Boks have been able to build capacity since then head coach Rassie Erasmus took over in 2018, and it is a trend that has continued under Jacques Nienaber.

“Part of the broader strategy is to build depth and to keep winning and transforming the team‚” said Davids.

“Having been together for so long‚ we as coaches got to know the players better. The younger players get the opportunity to learn a lot from the more senior players. You can see it day to day in the training sessions.

“We are lucky overall in terms of the depth of the squad. We are in a good position. There are certain areas where we need to grow more experience but as we continue on this journey by having the players in camp we can build more in the next two years ahead of the World Cup‚” said Davids.

Apart from the injured Pieter-Steph du Toit and the retired Tendai Mtawarira‚ the Boks have the rest of the team that lined up against England in the 2019 RWC final. There is, however, concern over the fitness of Cheslin Kolbe‚ who took a knock to the leg in training, which has cast serious doubt over his participation on Sunday.

The team that won the RWC has continued purring through the series against the British & Irish Lions as well as the back-to-back Tests against Argentina. They have made winning a habit and have lost just once in their last 12 Tests.

Still they strive to populate the “wins” column.

“The team is setting very high standards for itself‚” said Davids. “It is also important to us not to get ahead of ourselves and to ensure we set goals for ourselves individually and as a team.

“As long as we do that and we are not complacent in how we approach stuff‚ there is still a desire and a commitment to be the best.

“We can reach even greater heights. That requires desire and the commitment from everyone in the team. We understand in professional sports teams catch up with you‚ so it is important for us to grow. That is where we are.”

Loosehead prop Ox Nché‚ who pretty much started his international career when Erasmus took over‚ also pointed to the team’s development over the past three years.

He said 2018 “was the start of the journey with coach Rassie and coach Jacques. Then it was about aligning players. Now everyone is aligned. No-one is complacent. Whether you have 100 caps or not.”

Unlike the settled Boks‚ the Wallabies last year started a rebuilding process under Kiwi coach Dave Rennie. They still need to bed down combinations and have made a distinct shift in selection criteria‚ which has seen them roping in experienced players as this season has worn on.

Back in the squad are lock Izack Rodda‚ centre Samu Kerevi and flyhalf Quade Cooper‚ while 38-year-old prop Greg Holmes is the latest player to be called into camp.

In the starting team that lost to the All Blacks last week they especially lacked experience at lock‚ in the back row‚ despite centurion captain Michael Hooper‚ and at halfback. In fact‚ four of their starting backs had not yet played 10 Tests.