Wallabies need to run Springboks ragged to beat them — Holmes 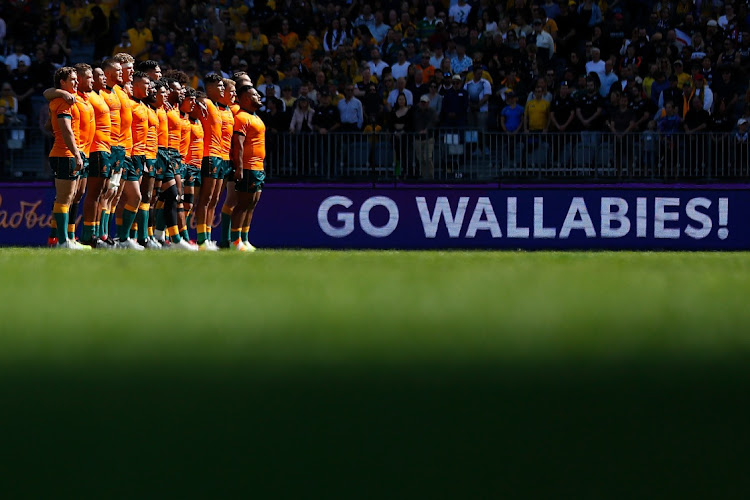 Melbourne — Australia must keep faith in their running game if they are to upset world champions SA and grab their first win of the Rugby Championship, seasoned prop Greg Holmes has said.

The Wallabies meet the Springboks in Gold Coast on Sunday after being thrashed in their first two Rugby Championship matches by New Zealand at Eden Park, Auckland and in Perth.

The Wallabies were dismantled by the All Blacks in the 38-21 loss on Sunday but Holmes said the hosts must persist with their attacking style to bring down the South Africans, who won both their opening matches against Argentina.

“If we can impose our game on them, it’s only going to benefit us,” Holmes told reporters in a video call on Tuesday. “Again, you have to nullify that set piece. They’re a big team. I think we’ve got the players here to do that.

“If we can impose our fast-paced game, get some field position against them, start running them off their feet and make them uncomfortable, that’s how you have to beat them. That’s what we’re trying to do.”

At 38, Holmes was a surprise call-up to Dave Rennie’s squad, having played the last of his 27 Tests in 2016 against England.

The Western Force tighthead had expected to be welcoming his first child into the world in Perth during the Super Rugby off-season but hastily made plans to arrange for his partner to have the baby in Queensland state, which is holding the rest of the Rugby Championship.

“I was pretty bloody busy last week,” said Queenslander Holmes, who expects to be a father at the start of October. “We had everything set up there in Perth so I had to have some pretty serious talks with her.

“I was pretty keen to have a Queensland baby so we ran around, got everything sorted, got the hospital sorted out over here on the Gold Coast and [we’ll] fly her over here on Thursday.”

Damian Willemse says he is learning from Frans Steyn, who is bringing calm to the squad
Sport
1 week ago