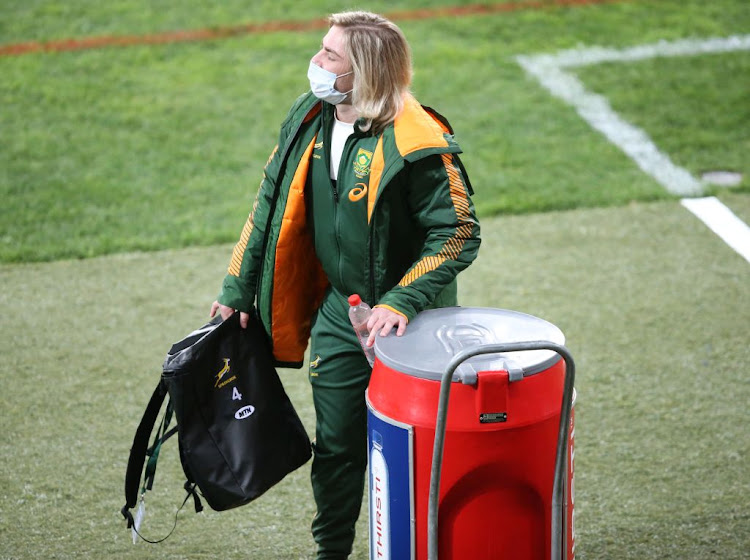 Faf de Klerk has cemented his spot as the Boks’ No 1 scrumhalf, but who is next in line? Picture: GALLO IMAGES/RICHARD HUGGARD

The scrumhalf pecking order behind Faf de Klerk has become a preoccupation of many Springbok fans at a time when the team is dressed to the nines in that department.

De Klerk, the Boks’ snappy director of traffic, pinpoint box-kicker and disrupter in chief has been the preferred starter for some time, but the order behind him is less certain.

Herschel Jantjies’ star has not glowed with the same intensity it did in 2019, while in the corresponding period Cobus Reinach has warmed to the opportunity he received in the starting team.

While they are the go-to scrumhalves, injuries to De Klerk and Jantjies this season necessitated that the Bok management put their search for backup into sharper focus.

Sanele Nohamba initially occupied that spot in the wider training group this season, but he was sent back to the Sharks once combat started.

Provincial teammate Jaden Hendrikse then stepped in and successfully debuted against Argentina before a crippling injury cruelly cut short his stay with the Boks.

With the Bok management having had to make provisions for all eventualities in their selections for the away leg of the Rugby Championship, another Shark, Grant Williams, was roped in as the fourth scrumhalf.

“Grant caught us off guard with the way he does things and what he brings to the party, and this is an opportunity to look at him.

“As coaches, we are looking at a youngster that we can go forward with, and all three of those scrumhalves are fulfilling that role and they fit in that picture.”

Nienaber said that they know what they have in Nohamba.

“Sanele was with us for five or six weeks, so we had a good look at what he brings. We gave him a few things to work on, just as we did during the alignment camps with him and Jaden.

“Then we decided to keep Sanele and sent Jaden with a lot of things to work on, and we are happy with what we saw in the [domestic] matches that he played. When we brought him into our group, we saw that he worked hard on those things and we did the same thing with Sanele.

“I saw a few of his [Nohamba’s] matches with the Sharks when he came off the bench for Grant and I am happy with what I saw.”

Though Williams was selected as backup, over the stretch of four demanding Test matches against the Wallabies and the All Blacks, he may well see some action.