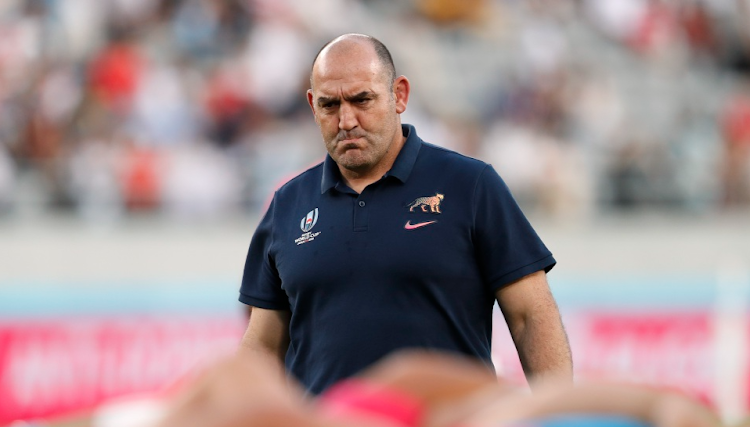 Argentina made one change from the team that beat a below-strength Wales last month for their opening Rugby Championship clash against SA at Nelson Mandela Bay Stadium on Saturday.

That change comes at scrumhalf where the experienced Tomas Cubelli makes way for Felipe Ezcurra. Cubelli was replaced by Ezcurra in the 68th minute of that match and is absent from the match-day 23.

Coach Mario Ledesma has named a powerful side with most of his familiar names ready to line up against the world champions. Perhaps a sign of the potency of their pack is the absence from the starting line-up of combative and irascible lock Tomas Lavanini, who is on the bench.

Like the Boks, Los Pumas have seen limited action since the last Rugby World Cup. In their last game they beat Wales 33-11 in Cardiff after having drawn 20-20 with them  a week earlier.

In that game fullback Juan Cruz Mallia was red-carded in the 29th minute, allowing Wales to get a foothold in the game.

Los Pumas, however, were far more composed and ruthless in the second clash. Though they lost their shape in the second half they did secure 57% of the overall possession and 62% of the territory.

Unlike the Boks they saw action against New Zealand and Australia in 2020. In the build-up to the tournament which was rebranded the Tri-Nations in the absence of the Springboks, more than a dozen Argentinian players and staff tested positive for Covid-19. By the time they reached Australia they had not played since the 2019 Rugby World Cup and had not scrummed against any opposition before facing the All Blacks in Sydney.

However, in a result that reverberated around the rugby world they went on to beat the All Blacks for the first time, 25-15 at Parramatta Stadium.

They are capable of toppling teams rated higher than themselves as the Springboks discovered in 2015 in Durban, 2016 in Salta and 2018 in Mendoza. However, the Boks have won their last two meetings against Los Pumas.

Critics say they didn’t fling, zing, jink or even think. But they kept the end point in sight, and they won
Opinion
1 year ago

A potent mix of athleticism and power in the Argentina ranks will be dangerous combination for the Springboks to deal with in Saturday's Test, wing ...
Sport
1 year ago

Georgia rugby coach fighting for his life in Johannesburg hospital

Elton Jantjies determined to prove his worth against Argentina

Elton Jantjies determined to prove his worth against Argentina