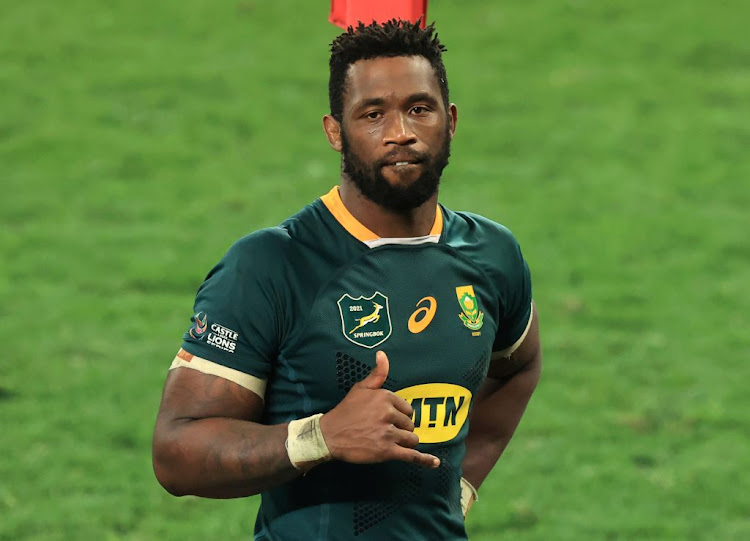 A training week like no other helped lay the platform for the Springboks’ 27-9 victory over the British & Irish Lions on Saturday.

Bok captain Siya Kolisi‚ who produced a stellar performance in the back row, and loosehead prop Steven Kitshoff‚ who ran out for his 50th game‚ were in no doubt the examples of the improvements made on the training pitch were transferred to match day as the Springboks levelled the three-Test series.

“We had the right attitude to rectify that. It started at training‚” Kolisi noted.

“It was a lot of hard work during the week‚” Kitshoff recalled. “Especially after last week’s disappointment. We had a hard look in the mirror. This week’s training was one of the better ones I have experienced in the Bok jersey. It was a team performance. All the players, one to 23, rocked up and gave it their all.”

After going 1-0 down in the first Test the realisation set in that defeat in the series would simply be unpalatable. “We realised how important this is. Not just for us but our families and the country. We had to perform to get the result‚” Kitshoff said.

Outside centre Lukhanyo Am, who delivered another performance from the top drawer, also felt the Boks got reward commensurate with what they put in on the training field.

“It was so rewarding after putting in hard work. We are chuffed. We will now go back to the drawing board and fix what we can to get a better performance‚” Am said about the coming Saturday.

Kitshoff said the balance tilted decisively in SA’s favour because they were patient‚ and he used a cricket analogy to get his point across.

“It was a game of big moments. A few incidents could have gone either way. We did what we could to get the rub of the green. We knew we needed to pick up the tempo in the second half. We had to scrum‚ ruck and maul well. Those aspects needed to function well to get the momentum and dominance towards the end of the game.

“It’s like building an innings in cricket. You apply pressure. You want the dam wall to break. Keep scrum‚ lineout and maul pressure. We have a pressure game we back 100%. You could see this was going to be a physical battle.”

Coach Jacques Nienaber was well pleased with a team growing in stature and experience.

“There are players coming into milestone games and it’s incredible to have players with that kind of experience‚” Nienaber said in reference to Handré Pollard reaching 50 caps last week and Kitshoff this week.

He highlighted how his senior players were able to troubleshoot their way through last week’s shortfalls. “Players came up with things to rectify matters. I should give my win bonuses to them. They are creative. I feel more like a facilitator.”

Meanwhile, SA added three more players to their squad ahead of the series decider on Saturday and the start of the Rugby Championship against Argentina on August 14.

Wing Rosko Specman, loose-forward Dan du Preez and uncapped hooker Johan Grobbelaar are the latest additions after the Boks called on rookie scrumhalf Jaden Hendrikse and the experienced No 8 Duane Vermeulen at the weekend.

They hope to have the latter available for the Lions clash in Cape Town on Saturday after he was out the past two months with an ankle injury. Du Preez has been brought in as cover for flanker Pieter-Steph du Toit.

If Warren Gatland gets to making a video of the Rassie sort, it will be of nothing more than a clock ticking, as it did in the first half of 63 ...
Opinion
5 months ago