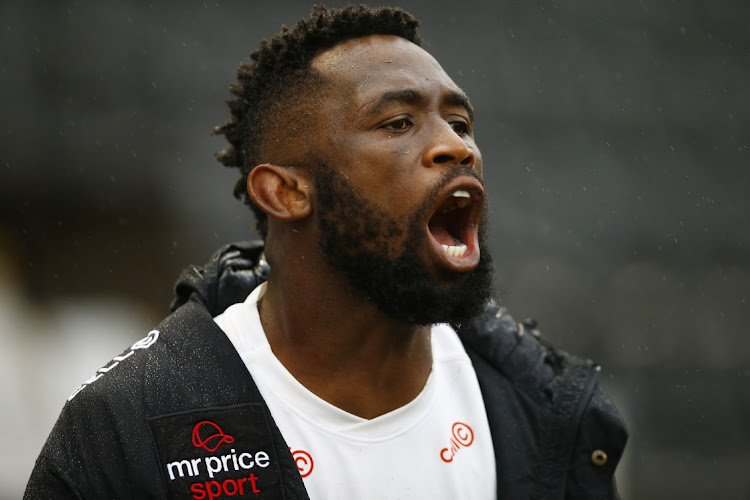 SA captain Siya Kolisi and flyhalf Handré Pollard could both be back after Covid-19 infections in time for the Springboks’ first Test against the British & Irish Lions, SA director of rugby Rassie Erasmus said on Monday.

Both are among a group of six players who remained behind in Johannesburg self-isolating in their hotel while the rest of the 45-man squad travelled to Cape Town where the next three games of the Lions tour will be played.

“There is a return to train and play protocol which we follow and depending on when they tested positive determines whether they can play,” Erasmus said. “Siya, Frans Steyn and Handré Pollard might make it. There are some guys you know you can just slot into the team and some guys who take a little bit longer to get their engines going and be ready for a game.”

Erasmus said he expected them to be among a group of players expected back in the Springbok camp next week, just days before the first Test at the Cape Town Stadium on July 24.

The Boks have had a total of 14 players who tested positive for the novel coronavirus, plus six management members, including coach Jacques Nienaber, who will return to the camp on Wednesday, Erasmus added.

Some have already returned from isolation, such as wing S’bu Nkosi and prop Vincent Koch, both named to play for SA A against the Lions in Cape Town on Wednesday.

The Covid-19 outbreak led to the cancellation of last Friday’s Test against Georgia and a week cloistered in their hotel rooms in Johannesburg before returning to training on Sunday.

Erasmus also added there was an outside chance of No 8 Duane Vermeulen being available for the third Test. He had surgery on an ankle injury in June. “Duane is maybe in the mix for the last Test, but we are not banking on that,” he said.