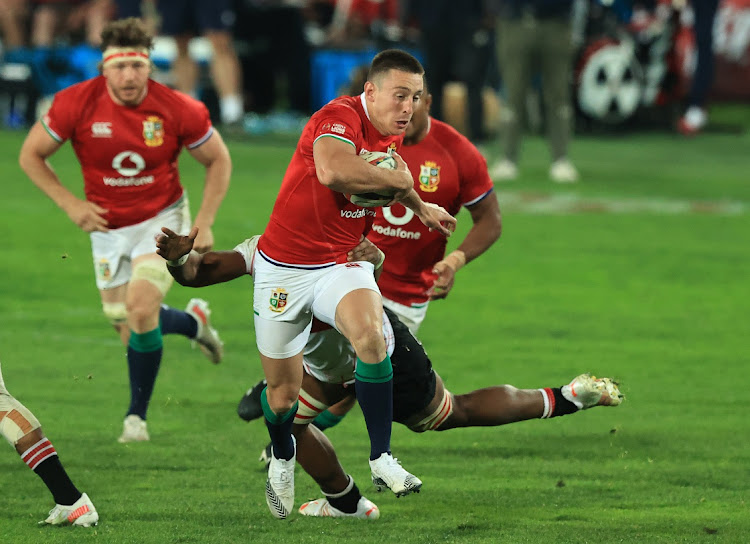 The British & Irish Lions’ tour of SA went ahead with their Wednesday match against the Sharks after the touring side had earlier reported their first case of Covid-19 amid a virulent third wave in the host nation.

The Lions said two players were in self-isolation after a management member tested positive, but that the rest of the squad had shown negative results from PCR tests and that their second tour game — which had been in doubt — was going ahead at Ellis Park, but with kick-off put back one hour to 8pm.

More positive cases would throw into crisis a programme that has already been disrupted.

On Tuesday, the Lions’ scheduled weekend match against the Bulls in Pretoria was called off after the Currie Cup champions reported four positive cases in their ranks. Close contact meant the entire Bulls squad went into self-isolation, leaving them unable to field a team on Saturday.

A statement from the Lions reads the individual and four close contacts — including two players and two members of staff — are being isolated and assessed at the team hotel, and that all other members of the touring party have been PCR tested.

Should the subsequent round of PCR testing return negative results, the kickoff time of Wednesday’s game would be adjusted to 8pm, one hour later than scheduled.

“We have followed all necessary precautions since the start of the tour, which included regular testing and rigorous Covid-19 countermeasure planning and protocols,” said Ben Calveley, MD for the British & Irish Lions.

“Our priority is to ensure the health and safety of the entire touring party, which is why we quickly isolated the players and staff upon receiving the news of the positive result.”

The announcement of a first case in the Lions camp came minutes after SA cancelled Friday’s warm-up Test against Georgia.

The Springboks, who play the Lions in the first of the three Test series on July 24, have been in self isolation since Monday when four new cases were reported in their ranks. This increased to 12 on Tuesday after a new round of testing with coach Jacques Nienaber and flyhalf Handré Pollard among those infected.

The Springboks were scheduled to meet Georgia in their second Test at Ellis Park on Friday as a warm-up for the Lions series. However, that was cancelled after Georgia also reported four cases in their ranks.

SA went into a severe lockdown on June 28 — the eve of the Lions arrival — as Covid-19 infections began to dramatically increase and last Saturday the country reported a daily record of 26,000 fresh cases.

Test on Friday against Georgia is in jeopardy, and infection raises more questions about the Lions tour
Sport
4 weeks ago