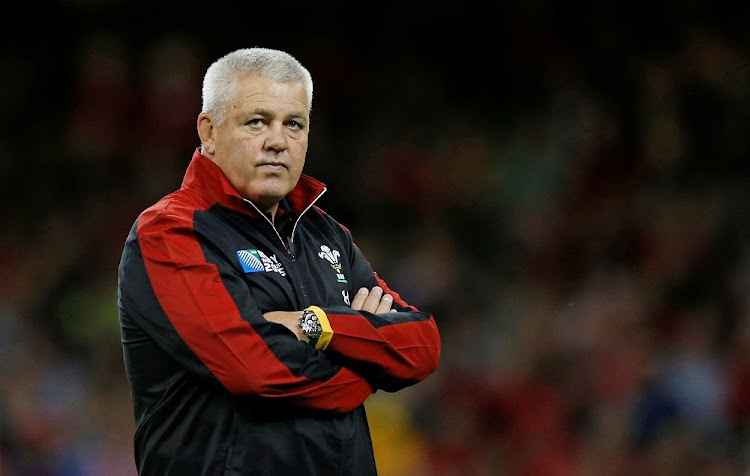 British and Irish Lions coach Warren Gatland, impressed with the competition in the touring party, is trying intriguing combinations in search of his best team to take on world champions SA in their three-match series this month.

The Lions beat Japan in Edinburgh in a warm-up match before departing for SA where Gatland is making 14 changes for the opening tour game against the Gauteng Lions at Ellis Park on Saturday. It is the first of five matches before the Test series.

“The exciting thing from a coach’s perspective ... I don’t know so much about the players ... but just the amount of competition that we’ve got in the squad,” he told a news conference on Thursday.

Gatland wasted no time in throwing together pairings as he looks for his best combinations. Putting the mercurial Finn Russell at flyhalf and Owen Farrell at centre is an eye-opening start to the selection process.

“Owen’s had a huge amount of experience. It’s his third tour, he is captain of England and he is adding a lot to the environment. And then Finn has a slightly different way of playing but I think he’s matured amazingly in the last few years in terms of the way he controls the game,” he said.

“It’s pretty exciting to have a look at that back combination but we do want to look at Owen at No 10 at some stage too.”

Gatland’s priority is to give all the touring party game time in the opening matches. “If we can build momentum and play well and gain confidence off that, then that’s something we want to achieve. It is also about creating some combinations as well as seeing how different combinations work out.”

He was pleased with preparations so far. “The guys are starting to gel together,” he said. “There were aspects of the Japan game that we were particularly happy with, especially the first half, and the boys have looked pretty sharp in the last couple of training days.”

They were also coping well with the Covid-19 restrictions in SA’s severe lockdown. “The players are used to this, there’s not a heck of a lot of difference from normal campaigns, except not having the freedom of being able to get out of the hotel and go and have a cup of coffee or a look around,” he said. “The real challenge for the team is handling two games a week.”