Lood de Jager, Eben Etzebeth and RG Snyman in race to be fit in time for the three-Test tour 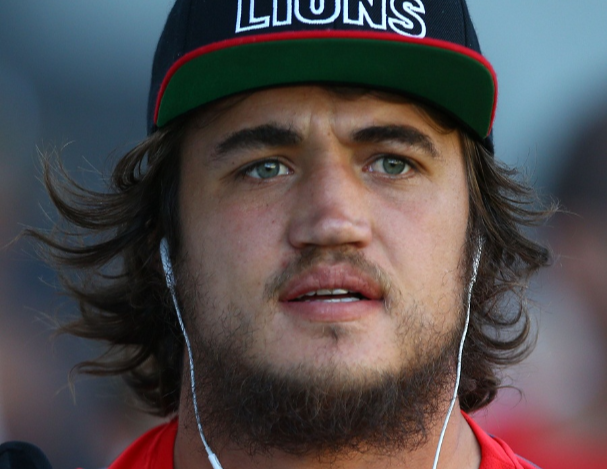 The Springboks hope to overcome an injury crisis in the second row before the British & Irish Lions tour and cope with what lock Franco Mostert predicts will be a tough onslaught from the tourists.

Mostert is the only one of the Springboks’ four locks at the World Cup in Japan two years ago who is fit, while Lood de Jager, Eben Etzebeth and RG Snyman battle to be fit in time for the three-Test tour.

Etzebeth has joined the Springbok training camp after an injury-filled season in France and is expected to recover but there are still question marks over De Jager and Snyman, leaving the Boks looking threadbare in a department in which Mostert thinks the Lions will focus much attention.

“From the time I spent at Gloucester, playing against the English guys, and at the World Cup final, they are going to physically bully us,” Mostert said as SA continued their preparations for the Lions tour.

“They will want to take us out of our structure, and I think they will try to take us on up front. But, hopefully, we can do our job the best way we can and be successful in our plans.

“They will definitely want to bully us physically up front,” he said, adding that the quality of opposition was among the best. “I think guys like Alun Wyn Jones and Maro Itoje are all world-class players.

“The guys that they’ve picked in the second row are the best in the UK, so it’s just going to be an amazing tour with amazing games,” Mostert said.

De Jager fractured a tibia and tore a meniscus in his knee in a freak training ground injury at Sale while Snyman has not played since last August when rupturing his anterior cruciate ligament on his debut for Munster. He also suffered burns recently in a bizarre firepit incident in Ireland.

SA have not played since winning the World Cup in November 2019 because of the Covid-19 pandemic but warm up for the series with two Tests against Georgia early in July.

Meanwhile SA remain hopeful over the fitness of Duane Vermeulen for the  series, with assistant coach Deon Davids suggesting on Wednesday the No 8 was a “couple of weeks” away from joining the squad. Davids was coy on whether the burly forward would be available to play in the series, but said if not he will be a mentor to others in the squad.

“We expect him to join our group in the next couple of weeks and we are looking forward to having him as part of our squad — whether his contribution will be off-field or on-field. We would like him to share his experience with us in our preparations going forward,” Davids told reporters.

Vermeulen injured his ankle playing for the Bulls in a domestic competition on June 4. He has since had surgery and faces a race against time to be fit for the start of the series against the Lions on July 24.

Of most immediate urgency in his position is a July 2 Test against Georgia in Pretoria, which will be followed by a second game against the same opponents a week later.

“We have Kwagga [Smith], there’s also a new guy like Jasper Wiese that will come in. Dan du Preez has played Tests for SA and has been in outstanding form, he had a great game last weekend [for English side Sale Sharks],” Davids said.

“All the [outstanding] players are coming in on Sunday, the overseas-based players from the UK and France. A thorough assessment medically will be made in terms of where they are, and then we will make a decision from there on,” Davids said.

Players are hungry for more success, coach says after team clinches a first piece of silverware since 2003
Sport
1 month ago

GAVIN RICH: Toning down bluster will not be misplaced after Bulls’ Treviso slaughter

All Blacks prop Tu’ungafasi could be sidelined for Tests